From Coast To Coast: Regional Stereotypes Across The US 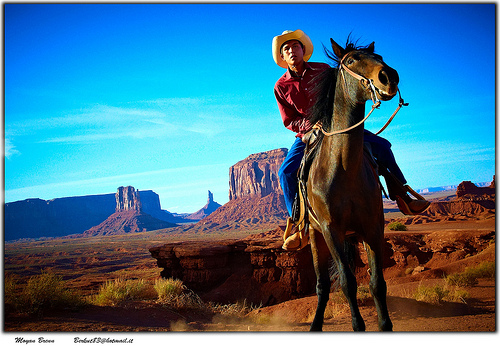 The United States is seen around the world as a huge melting pot of people across a massive 50 states that just don’t always see eye to eye. The global community has its own stereotypes about the land of the brave, but if they were to look closely within the country from state to state, they’d find many different micro cultures that all add up to make up the big picture that is the U.S.

Often these depictions become so bloated and ingrained in our heads that we can’t even remember how they started, and they subsequently poison people’s thinking. While these perceptions may not be accurate depictions of each region, it’s fun to look at the way we see each other across this great big country of ours.

From the stressed-out New Yorker to the laid-back Californian, here’s a look at U.S. stereotypes by region.

This phrase was coined by West Coasters themselves. It reflects a sense of pride that the inhabitants of the West coast have of their region, which comprises California, Washington, and Oregon. The rest of the country, of course, has its own ideas about the “best coast.”  Much of the stereotypes about that area stem from a negative perception of Los Angeles and Hollywood. The Southern California stereotype of blonde bombshells (or wanna-be blonde bombshells who spend their daddy’s money) and long-haired, sandy footed surfer dudes who can’t think beyond the next tide has somehow been juxtaposed on the entire West coast.

Beyond the “SoCal” stereotype, many view the West coast as being very laid back, open-minded, and Earth conscious. This especially applies to the Northwest states of Washington and Oregon; the region that brought us Starbucks coffee and the modern-day hipster. But the west coast has a lot more to offer than coffee shops and oversized glasses. Glorious national parks, more wineries than you can count, and ivy league universities make the west coast a rich, vibrant place to live.

The West evokes images of cowboys and indians, big belt buckles and bigger trucks. This one stems primarily from 20th Century filmmakers and their constant portrayal of Westerners as cavalier, tobacco chewing, cattle rangers who spend their lives out on the range.

Other times it’s casino-going snowbirds who get excited about getting a new pair of compression socks. Okay, so there are a lot of cattle farms, camping, and mountain towns that do attract a few wranglers here and there. And Arizona and New Mexico are common snow bird destinations. But the Western states of Montana, Colorado, Wyoming, Utah, New Mexico, Arizona, and even Texas are more than what the silver screen might lead you to believe.

Cornfields and Wind (A.K.A. The Midwest)

Arguably the largest sub-culture region in the nation, the Midwestern states get a bad rap for being dull and uninteresting, riddled with tornadoes and blizzards, and floods. The image has been propagated by movies like Fargo, which portray North Dakota as a barren wasteland populated by small-minded but kind people who never leave their hometown.

Stretching from the Dakotas down to Kansas, and over to Ohio and back up around to Michigan, Wisconsin, and Minnesota, this area of the U.S. all gets lumped together by the rest of the country, but those who hail from the region could tell you that each state within the Midwest has its own attractions, stigmas, cultures, and tradition.

Okay, there are a lot of cornfields. And the lack of mountains to break the wind makes it pretty breezy at times. But this is a region that brings us Chicago, Kansas City, Omaha, and Minneapolis. There’s plenty to do in the Midwest. You just may have to cross a ton of cornfields to get there.

Oh, the South. Probably the most profoundly stereotyped region of our great country, the South’s reputation is historically rooted in political and social conflict. From the civil war to fried chicken, the rest of the country’s perception of the South isn’t likely to change any time soon. Even so, some states in the South stand out among the rest as being culturally rich and offer a wonderful experience for visitors to cities like Nashville, New Orleans, Atlanta, Charlotte, Louisville, and Memphis. The Southern United States are home to countless historic landmarks and expressive cultures, and are key pieces of the puzzle that is the U.S.

And then there’s Florida. Some lump Florida with the rest of the South; others see it as a transplanted Northern state, filled with snow birds and people who don’t know how to vote. Like every other state, there’s more to the Sunshine State than what meets the eye, as seen in this infographic about Florida tourists.

Stressed out and In a Hurry: The Northeast

Much like the West Coast and Los Angeles, the East Coast is seen by much of the rest of the country as embodying the common stereotype of the stressed-out New Yorker. The often-referenced idea is that the farther you get from Washington, D.C., the less stressed out you’ll be.

New York is a pulsing city with stereotyped regions of its own, but the rest of the coast has much more. Between the beautiful scenery of New England and the historical towns and cities of Pennsylvania and Massachusetts, the Northeastern states are filled with more than just stressed-out New Yorkers.

There you have it. Five of the biggest stereotypes of each of the geographical regions of the continental United States. What stereotypes have you come across in your travels?

in Travel
Discover Independence In Boston
in Travel
Exploring Seattle’s Outdoor and Recreational Activities
in Travel
Going On Vacation: 5 Tips To Help Your Kids Get Ready For Hawaii