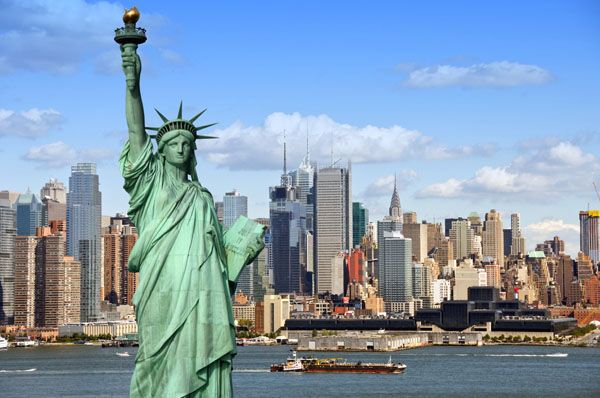 When you think of New York City, the phrase “energy efficiency” may not come to mind, but it should.  In addition to being far and away America’s biggest city, the Big Apple is a leader when it comes to thinking green and putting action behind its concepts. Under Mayor Michael Bloomberg, New York City has adopted a number of initiatives designed to clean up its act now and improve upon its performance for generations to come.

If you have ever been to New York you will notice that everybody walks. It’s the best way to get around, especially in Manhattan.  In addition to walking, the public transportation system is extensive and covers every borough in the city. You can get anywhere you need or want to go on the train – or on the famous Staten Island Ferry. This extensive mass transit system is a necessity because of the immense urban density of the city, especially in the downtown region.  New York City packs approximately one million buildings within its three hundred square mile area.

Public Energy and Water Use Reporting

Another program initiated by Mayor Bloomberg requires privately owned buildings to report their energy and water usage. The incentive is intended to add transparency to real estate transactions. Wasteful building owners risk being exposed to public wrath, and perhaps being shamed into cleaning up their act. At the same time building owners that practice green maintenance may be rewarded with enhanced value for their properties.  It’s a win-win situation for building owners and for the public.

If you saw the movie Eat, Pray, Love, you may have been amused when Elizabeth Gilbert was asked for a word to describe New York City. Her response, “soot,” summed up the view of many people toward New York City in general and all big cities in particular.  While the assessment may be accurate, the usual suspect, auto traffic, is actually not the culprit contributing to the bulk of carbon emissions. That designation would go toward buildings, particularly those that use dirty heating oil to maintain warm temperatures during the cold winter months. In the Big Apple, an astonishing eighty-six percent of the soot produced can be traced to a one percent sliver of buildings that use heating oil. Mayor Bloomberg has created a mandate that compels building owners to phase out the use of low-grade heating oil, thereby eliminating a large percentage of soot that chokes the lungs of New York City residents.

Jean Linder is a native New Yorker. She loves to share positive news items from her home state on political blogs.