5 Things To Do If Charged With A Felony 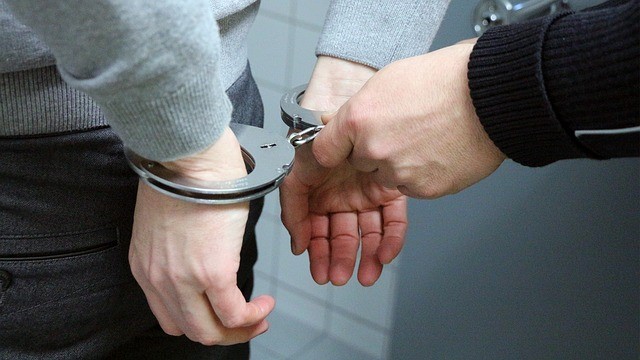 The United States has the highest number of people in prisons in the world, and in order to go to prison, you have been convicted, confessed or pled no-contest to a felony in court. According to the U.S. Department of Justice during a statistic review, the United States had a 93 percent rate of conviction for felonies. Because of documentaries, we have learned there are innocent men and women in jail, but those stories are very rare. The felony conviction rate cannot be a direct result of trials because it would be so costly. There would probably have to be major reform done. Most of the convictions probably come from confessions and plea bargaining because the defendants feel they have no choice because they had already screwed up at several points. Not to show support for felonious activity, but here are the five things a person should do if they are being charged with a felony.

Listen Carefully to the Miranda Rights

Your Miranda Rights inform you that anything you say can and will be used against you. These rights protect you when questioned. It gives you the opportunity to keep your mouth shut so that what you say can’t be used against you.. Officer may say comforting things like they understand why the person did it. This is for the sole purpose of a confession.

Your Miranda Rights also help keep fear in check, because it lets you know the promises the police make to you for not talking are patently untrue. The officer has to read them first, and the officer hates having to do it for someone they would rather just scare a confession out of. Also, pay careful attention to the section below this one.

Make No Custodial Statements to the Police

Many people’s nerves get the best of them, and when that is coupled with no idea about the pecking order of the police, a lot of men and mostly women will try to offer an explanation and tearful apology to their arresting officer. The arresting officer has no choice but to list the encounter in their paperwork, which means the prosecutor will read the defendant basically admitted to the crime.

After Ignoring the Baiting of the Arresting Officer, You Only Need to Say One Thing to Your Interviewing Officer

You can sit there in silence for a little bit while the next officer make promises or dangles possible deals. They might even offer to pay for information depending on the crime. They will also greatly embellish your situation and future. You could listen to all of this, and you could even engage in banter with the officer and tell lies of your own. People do it, and they get charged with more felonies. Your only statement should be something to the effect of refusing to speak to anyone without a lawyer.

If Bond Cannot Be Posted, Then Remain Guarded in Jail Remaining Trial

It is common sense to not fight in jail while awaiting trial unless it is unavoidable self-defense. It can make you look violent, which makes a violent felony charge against you look more valid. Also, do not try and steal extra trays of food unless you want to defend yourself in court against another charge. Additionally, do not discuss your case with anyone there. Many criminals brag and embellish about why they are there and are shocked when they see their cellmate show up to their trial to testify against you to get a deal on their own case. Make friends but keep them at a distance.

If You Make Bond, Then Become a Model Citizen

You should also read over the bond agreement you signed before leaving several times. You will follow your bond agreement, maintain employment, never drink or engage in illegal drugs, never hang out with people drinking or doing drugs and try and always have an alibi. Above all of that, always show up on time for meeting with your lawyer and for court dates.

Doing all of this may not save you, but it cannot put you in a worse position. It may help get you probation, character witnesses or a decent plea bargain offer. The best way to avoid prison is to not commit a felony or be anywhere around felonious activity. Just remember that anyone can find you or your record on the internet now. Keep yourself clean and out of trouble.

in Green Living, Home Improvement, Lifestyle
Horticultural Therapy: The Psychological Benefits Of Gardening
in Entertainment & Sports
Sport Benefits: How to Start and Keep It For Good!
in Lifestyle
Signs That You Are Ready for RV Lifestyle