Sightseeing Places You Can’t Miss Out In Algarve, Portugal 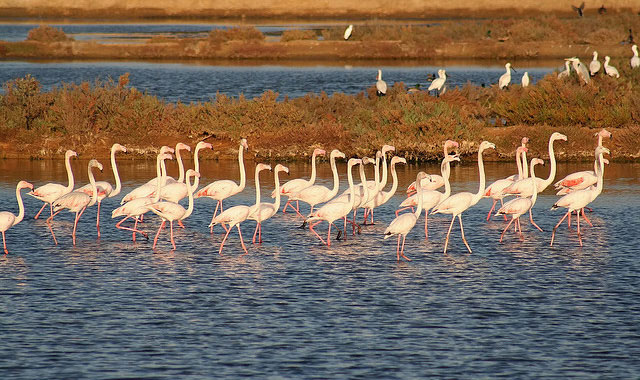 Translated directly from Arabic, Algarve means “garden” and that description couldn’t have been more spot on, even all these hundreds of years later.  The Algarve truly is a garden of delectable destinations, all of which will enhance your holiday to Portugal all the more.  No matter where you’re traveling in the country, make plans to spend a decent chunk of time in Algarve, even if it’s just to rent a car for a day or two and see all of the wonderful sights.

Of course, it’s highly improbable that you can take in the whole area in just a day or two, so I really recommend getting a room for a few days. Even so, this is certainly a “so much to do and so little time to do it in” region of the country, so let’s start you off with the can’t-miss sightseeing locations in Algarve, Portugal.

The Lighthouses in Algarve

Since Algarve was developed on a dependency for the sea and ocean, it makes sense that some of the best sightseeing locations in Algarve center around the maritime industry.  The lighthouse population in Algarve is higher than almost any other area in the vicinity, some of them historic figures and some still in operation even centuries after they were built.

The major starting point with most sightseers is going to be the Cabo de S. Vicente Lighthouse since it’s on the westernmost point of Sagres.  This is one of the largest lighthouses in the entire continent of Europe and has been continually operating since 1846.

As you travel east, you’ll run into Ponta da Piedade’s lighthouse about 2 km from Lagos.  Erected in 1913, this lighthouse gives you the unique ability to take a look at the cliffs and ocean from atop the lighthouse.

If you go south to the southernmost point of Portugal, in between Faro and Olhão you will find the Santa Maria Lighthouse. Constructed in 1851, this is one of the most postcard-like views you’ll find since there is nothing but ocean beyond the southern horizon and the lighthouse itself is engulfed in an explosion of colorful fishing huts and homes.

From there, travel to the easternmost lighthouse in Portugal, the Vila Real de Santo António.  Located only 15 km from Spain, it’s a bit odd to see this lighthouse separated from the ocean by a forest of trees.  Planned in 1866 but not constructed to 1916, it didn’t start operating until 1923.  This gives you an idea at just how difficult the logistics of this location proved to be.  Nonetheless, the resulting architecture is one of the most romantic spots in the entire country.

This enormous maze of islands, canals, marshes and barrier islands makes up one of the most stunningly beautiful natural sightseeing locations in Algarve.  Stretching about 60 km across the coast of Algarve, the Ria Formosa Natural Park is located between Manta Rota beach and Garrão beach.

Perhaps it’s the beauty of the untouched, serene land or perhaps it’s the vast diversity of the ecosystems inside the Ria Formosa, but the resulting essence is one of pure serenity.  There is an extremely large amount of different flora and fauna, all of which attract a wide variety of bird species.  This includes the “galinha-sultana (sultan hen)”, the symbol of Natural Park.  You can’t find this bird anywhere else in Portugal.

To learn all about the different types of birds and plants in Ria Formosa, be certain to stop by the Centro de Educação Ambiental de Marim (Environmental Education Center of Marim) where you will find out everything you need to know about the park.  This includes where to hike, where to observe wildlife and you can even take a tour of the park on a tuna fishing boat directly from the center.

Wrapping Up the Sightseeing with Cacela Velha

Other than fishing, you’ll learn all about the salt extraction and shellfish harvesting that goes on in the Ria, as well as experience the art and culture of the Ria population firsthand.  Be sure to try some of the local delacicies such as fish soup and rice razor clam. Finish your tour off by visiting the historic To Cacela Velha, one of the most remarkable villages in all of Algarve in terms of heritage. Climb to the top of the fortress, taking in the blend of blue seas, blue skies and blue lagoons.

When it’s all said and done, there’s nothing like sightseeing in Algarve, so be sure you don’t miss out on a thing.

Author Bio – Catherine Clarkson writes on behalf of Carrentapportugal.org, a famous price comparison website for car hire in Portugal. For more details on how to get the best deals on car rental from Faro Airport, get in touch with carrentalportugal.org today.

in Travel
Albufeira Is An Excellent Base For Golf
in Travel
4 Ways Family Travel Insurance Is Useful, Easy, and Cheap
in Travel
Do’s and Don’ts of travelling to Pakistan