Five of the World’s Favourite Festivals 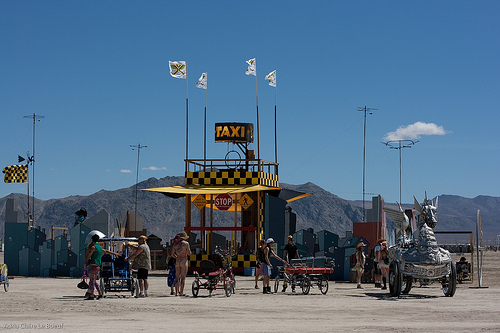 There’s nothing worse than booking a last-minute holiday and landing in paradise only to discover you’ve picked the off-season. No matter if the sun is shining and the sea calls you in with its inviting ebb and flow, for some a holiday just doesn’t feel quite right if the streets are empty and restaurants are deserted. If you like to let your hair down on holiday and feed off the buzz of others, the best time to holiday is during a festival.

From Glastonbury to the Cannes film festival, the wife carrying championships to the annual bog snorkelling championships, there are all manner of festivals across the world from the classic to the bonkers. Double up your holiday with a trip to a party at one of these festivals. 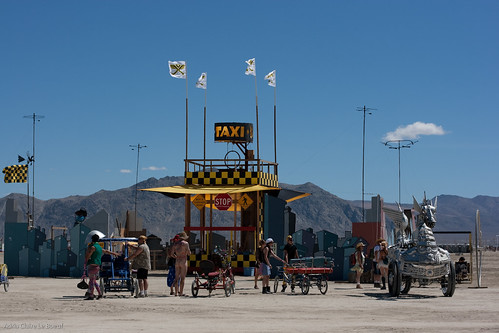 Thanks to its diverse landscapes and sprawling cities, USA holidays are mixed affairs, but wherever you go you’re promised big landscapes and big characters. The Burning Man Festival held in late August every year promises just that, with thousands of party-goers descending on the deserts of Nevada to form ‘Black Rock City’, a pop-up city and festival ‘dedicated to community, art, self-expression, and self-reliance’. The festival is much less a music festival and more a celebration of self-expression and almost everything that happens is created entirely by its citizens.

Wales’s annual bog snorkelling championships takes place every August Bank Holiday in a peat bog in Llanwrtyd Wells, Wales. The rules are simple: competitors must wear snorkels and flippers, and complete the course without using conventional swimming strokes. In 2012 the event saw competitors from South Africa, Australia and Canada, putting the event on the world map. If the bog-snorkelling bug hits, there’s also a bog snorkelling triathlon and mountain bike bog-snorkelling.

Finland’s annual wife carrying championship sounds like a joke, yet with the prize being your better half’s weight in beer, the contests gets serious. The competition has its roots in local history: In the late 1800’s a brigand called Rosvo-Ronkainen is said to have accepted only troops who proved their worth in a challenge. In those days, women were often stolen from neighbouring villages; today men bring a willing woman to take part.

The last Wednesday in August heralds the start of Spain’s famous fruit-themed festival held in the small Valencian town of Buñol, La Tomatina. Five tomato-packed rockets are sent into the sky to kick off the fiesta, then it’s all for themselves in the world’s biggest tomato fight. The tomatoes for festival are grown specifically for the festival, and around 150,000 are used. After an hour, the fight ends with the firing of the second shot, announcing the end of the food fight.

Each year five million people taking to the streets of Rio for the ‘greatest show on earth’. Locals dress up in outrageous outfits swinging their hips to samba music as a procession of carnival floats pass through the city in the country’s biggest party. It’s impossible not to dance. Brazil sets the stage for the Fifa World Cup in 2014 and the Olympics in 2016, so the country’s biggest party looks set to get even bigger.

The Cannes International Film Festival held in May every year previews new films from around the world and is celebration of the big screen. The festival is invitation-only, but with the cream of Hollywood glitterati attending, there’s chance of seeing Hollywood’s finest milling around this beautiful French town set in the heart of the French Riviera. Set between Marseilles and Nice, combine with a road trip and explore the best the South Coast.