For Foodies: Some of the Best New York Food Tours 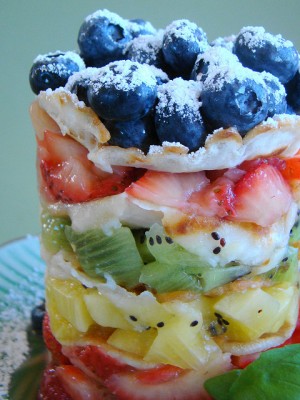 New York is a big city and one of the populous one worldwide. Having your vacation in the city is indeed a wonderful thing because you could absolutely enjoy the place. However, being new and unfamiliar to the place may be a problem. It will be really overwhelming to put up your plan for the day if you don’t have any background about the place. Deciding which to go and deciding which attractions you really like to visit is indeed a tough decision. Some would just go with the flow and visit the city’s major tourist attractions such as the Empire State Building and the Statue of Liberty. Others will actually go for an adventure of finding all those cool hidden spots that only native New Yorkers know about.

If you are someone who loves visiting other cities because of their cuisines and foods, then you have come to the right place. The cuisines offered by the city are made up of many cuisines belonging to various ethnic groups that have entered United States through the city. Diverse cultures are living in the city, thus diverse food specialties emerged. Almost all cuisines in the city are well represented either the native or the foreign ones.

One of the good places to visit in the city is the Time Square. Despite being the busiest section of the city, it’s become the poster picture of New York. The place is known for its blinding lights at night that is truly magnificent. Times Square is known for its Broadway Shows like “Phantom of the Opera” and the “Lion King” but not only that, the place is also known for its restaurants that offers great meals such as Becco, Carmine’s, Churrascaria Platforma, Edison café, John’s Pizzeria, Kodama, Ruby Foos, Virgil’s, Wu Liang Ye and many more.

If you are into picnics these days, a visit to the Central park is a good and beautiful experience especially during the spring and fall. Eating with your family and loved ones in such a wonderful place brings a calming feeling. A boat ride on the lake, a gander at the animals in the zoo, a performance at the theater and a carriage ride are some of the things you could do while in Central Park.

A food tour will show you good spots for eating and how real New Yorkers eat. A few famous spots like Katz’s Deli and Magnolia Bakery are some of the places you can enjoy but this tour does not only center to the famous food stops in the city but a good New York food tour will take you to undiscovered restaurants that serve magnificent meals. Another good place for the New York Food Tours in the city is the sidewalks of the city itself. Learn about the rich history of the city while you sample delicious foods.  This is a type of tour which you can’t miss out. You have already enjoyed visiting places plus you still had the chance to try the foods of different cultures in the city.

Titillate your palate with the best food trips via the best NY tour today.