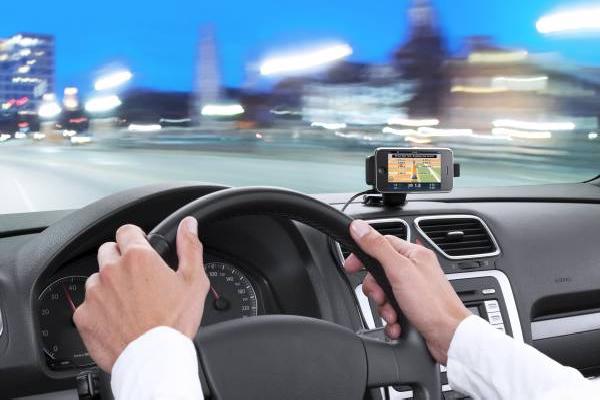 In most states, it is not illegal to operate a GPS on your cell phone while driving. That, however, does not mean that it is safe to do so. Operating a GPS while driving, whether it’s on your cell phone or other external device, or even an in-dash navigation system, is dangerous. Setting your GPS before you shift out of “park” should be as ingrained of a habit as fastening your seat belt.  If you need to enter a new or different destination once you’ve started your journey, pull over first. When you’re driving, you’re operating a multi-ton machine that requires – and deserves – all of your attention.

Whether you’re texting, emailing, scrolling through your MP3s or entering an address into your GPS, you’re not offering your full attention to the road and other cars around you. Over 3,200 people were killed in distracted-driver-related crashes in 2012. 11% of drivers under the age of 20 involved in fatal crashes were distracted drivers. Performing visual-manual tasks, such as texting, dialing a phone or operating a GPS system increase your risks of being in a crash by three times.

According to Distraction.gov’s study, entering a destination into a GPS while driving creates nearly the same effect as texting while driving. While it’s almost universal knowledge that texting while driving is a bad idea, that is the end of it for many drivers. Other distractions that take focus from the road include GPS systems, MP3 players, manually dialing contacts and/or using voice texting.

The risks associated with distracted driving can easily be avoided. The answer, simply, is to not use hand-held or in-dash devices while your vehicle is moving. Plug in the address before you start your trip. Set up your playlist before you leave your driveway. Check your texts before you put the key in the ignition, then put your phone away until you arrive at your destination. There is nothing so important it can’t wait. If by some chance, there is an emergency, the solution is clear – pull over, put your car in “park” and then tend to your social media or electronic guidance system. You’re not protecting only yourself but also those around you – in your car or on the same roads.

Protect Yourself and Those Around You

When you’re behind the wheel, you’re not responsible for only you and your passengers. You’re also responsible for those around you. Around 40% of collisions are single car accidents according to Wiki-Answers. That leaves 60% that involve more than one vehicle. Taking a chance with your own safety may be a decision you’re comfortable with, but every driver on the road deserves the consideration of your attention. The Golden Rule also applies when you’re driving – do unto others as you’d have others do unto you. If everyone followed the same level of care when behind the wheel, those 3,200+ deaths and the more than 140,000 injuries resulting from distracted driving could be avoided.

in Business, Tech Stuff
Things to Consider When Monitoring Your Employees Through GPS
in Travel
Construction Volunteer in Vanuatu
in Travel
Packing Checklist For Travelling With A Toddler