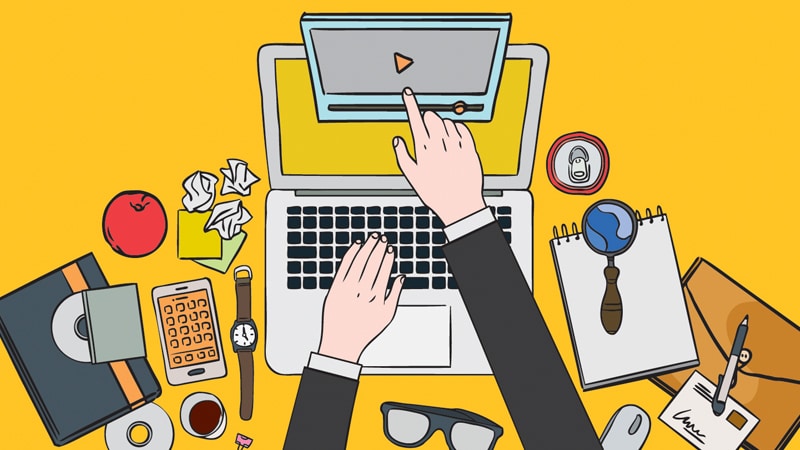 Love animation that you watch in videos, movies and cartoons?

We all are fans of animations and more than humans I love to watch animations. It is basic human psychology that it attracts towards creativity and animations are the best example of creating extraordinary from something very ordinary.

In simple words, if you see a video of the ball bouncing, you might not watch it over and over again, or you might not give it any attention at all. On the other hand, the video of animation is more appealing and you may get excited after watching the incredible animation. That is why for a beginner who wants to animate videos similar like you see on movies, cartoons or anime, here are 12 useful tips for you:

It is a fundamental principle where the object is squash and stretched when it is fallen from a weight and hit a surface like the ground. It emphasizes on the factors like speed, momentum, weight and mass of the object. The amount of squash and stretch says something about the mass of an object. If you need to animate a soft object, it should squash and stretch more such as a water balloon, on the other hand, for more stiffer object like ball there is less squash and stretch. That is why when you are animating any object, keep in mind that when it falls it squashes and when it hit the surface it stretches. It applies on the character as well as the facial expression. One most crucial tip keeps the volume of the object constant through the time and never mess it.

It means before starting any action the character anticipates it. The movement becomes more realistic with anticipation and it gives an idea to the audience what is happening next and what is he going to do. For example, if a character is punching, it is better to take the hand back and then hit. It will give its action more logic and makes it more realistic at the same time. Similarly goes with jumping, running, expressions where the character anticipate it with an action that something is going to happen, it makes the character not only realistic and close to original but also more define and believable.

It is also beneficial in communicating the actions to the audience.

Staging is representing an idea, so that becomes completely clear to the audience. It is a comprehensive term where various factors like acting, timing, camera position and angle, the presence of character, background and settings. It is taking the audience focus in full control with step by step performance to make them look what you want to show instead of cluttering the screen and diverting their attention. The camera angle and position also plays an essential role in staging, while zoom in is good for expressions and zoom out is better for more prominent actions with multiple characters.

The main action must be clear without any cluttering, pauses and perfect synchronization. Also make sure that if you want to convey a message like a house is poor, add details to make it visible to the audience an idea is properly conveyed.

To make things more realistic, you need to work on its speed. This principle of animations give a real look to the object and character where they start slow, catches the speed and slow end. It makes it more realistic and not like a robotic movement where everything works on a similar speed. It is also an essential element of 2D and 3D animation where characters can get a better look just because of their change in motion matching its speed. Also, the animators have to learn it better and use it wisely, for example, if you are animating a falling ball, it can be slowly coming down, but if it is bouncing back in the air, you don’t have to slow it, instead make it faster so that it looks real.

Gestures and actions that support the main action and add more dimension to the main action or character are called the secondary action. For example, if someone is knocking at the door, the other gesture of their hand plays an essential role. If they make it a fist, it means that they are angry if the other hand is open and shaking, it means that they are excited and happy and if it is placed on the chest, it means that they are nervous or they don’t want to be seen. A simple action of another hand will show a lot about the first action, add details and elaborate it. That is why instead of ignoring it, make sure that when you are animation a video your, all actions are synchronized with each other.

Many freelance animators and Animation Company have earned their name just because of their great timing. The element of timings play an essential role in the nature and personality of the animation and significantly affect it by the numbers of frames inserted in the main action.

For example, if you have any drawing which is closely linked with each other make a slow timing, on the other hand, the less drawing in a frame make the time faster. The timing per frames can create more meaning to your animation video and you can add as many details to it at the same time. That is why keep timing as your most essential weapon and make most out of it.

As a beginner, you can learn step by step, from small to big, little to more details depending on your skills. Keep these tips in mind and animate accordingly, it will give you a better edge in animation as well as add more details to it.

in Lifestyle, Tech Stuff
8 High-Impact Technology Trends During The COVID-19 Pandemic
in Tech Stuff
Why Demand of Drone is Increasing in Construction Industry
in Education
Is An Online Degree As Good As A Traditional Degree