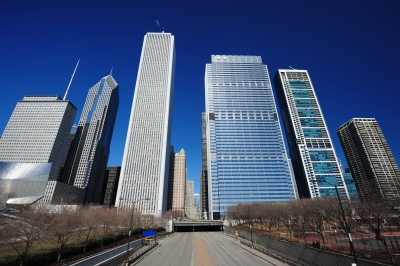 A trip to Chicago is a great way to experience the excitement of a big city. There’s entertainment of all sorts, restaurants ranging from burger joints to 5-star establishments, plenty of sports events and shops of an unimaginable variety. Despite all of this, the first choice to make seems much more mundane: deciding on where to stay. Here are a few suggestions for Chicago hotels that vary depending on style, budget and location.

A downtown hotel is great for those who intend to spend their trip walking around the city and enjoying what its busiest area has to offer. Here are some suggestions for a downtown location:

Sometimes, a city’s history is a high point of a vacation. Those seeking to immerse themselves in Chicago’s past will enjoy staying in a historic hotel. Here are some of those chose by Forbes Magazine as the most historic the city has to offer.

For those on a budget, there are surprising deals right downtown. A night at the Embassy Suites starts at $89, and the Inn of Chicago and Ascend Collection offers rooms starting at $75. These are great prices for a room on or near the Magnificent Mile, but for those truly on a budget, such rates may still elicit some laughter when combined with the word “affordable.”

Visitors seeking a truly budget hotel should consider staying outside of the city. The Chicago area’s extensive public transportation make nearby suburbs like Skokie easily accessible by bus or train. National chain hotels like the Super 8 have rooms there starting at $45 a night. Knights Inn, Holiday Inn, Motel 6 and other such budget chains are also available in abundance in the suburbs. These hotels aren’t fancy, and the cheapest are likely to be outright downscale, but they’re great for people who will be out of their rooms and enjoying the city whenever they’re not sleeping.

in Travel
Extreme Hobby: TOP 5 Ice Hotels In The World
in Travel
Reasons Why Cheap Isn’t Always Better When Looking For A Hotel
in Travel
Travel Musts: 7 Hotels To Stay In Before You Die