Edinburgh and York: The Verdict 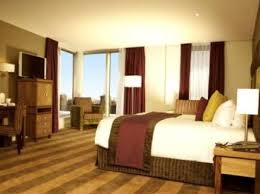 York and Edinburgh have always had a special appeal for me; both of them seem like two sides of the same gothic, cobbled, many-spired and well-bridged coin. With so many of the UK’s cities either being bombed during the wars or abandoned to obsolete factories and mines, York and Edinburgh remain bastions of history. Eyes fixed firmly on skylines and gables in a manner excusable only for a tourist or an architect; I had to remind myself that I was in the 20th century. I had to remind myself I was on a week-long holiday and hadn’t fallen into a fantasy dimension of dreaming spires whose turrets whispered romantic longing and where, in the metronomic rain, hot tires on wet concrete conducted verse from Burns or Auden in pitter-patter and splashes missed by those not lost in the reveries of a traveller.

Stealing that unexpected week, a chance occurrence spurned by a combination of new management and staff training but which left me bereft of more exotic ambitions, I packed my satchel (ok, Antler Duolite) and headed to the two cities that had stood on my literary horizons for years. More novels have been set in Edinburgh than any other city in the world, and York and Edinburgh both pride themselves on their literary tours.

For a veteran bibliophile and amateur wordsmith, the cities promised to capture the passing of movements and writers, casting them in stone, concrete and stained glass. If it hadn’t been for the knowing and stern looks of my partner, enamoured with her own work but no doubt jealous of my sanctioned truancy, I would have been sorely tempted to simply wander the café’s, boutiques, museums and shops until God himself descended from one of those majestic towers and ordered me to ‘quit-it’.
Luckily, said partner – saving grace of those of us with literary illusions – had booked me in to one of the hotels in the city of York known for its artistic aspersions and boutique style. York was my first stop on this impromptu odyssey, and I’m not ashamed to say that the first completely economically un-patriotic thing I did was find the famous free wall and walk some of it. Though unaffected by the shelling of the wars, York’s own dreaming spires managed to direct me first-off to the Cold War Bunker at Trinity Lane, a chilling experience warmed only by chancing upon York’s finest cocktail bar and an unexpected concoction made from Vodka and 85 proof Absinth.

If one things stands above the spires and turrets of these two magnificent cities, it’s the firmament of their culture. Theatres, festivals, museums; these cities are the royal family of our creative heritage. Many of the Edinburgh B&B and Hotels are a stones throw from the centre, and chance again afforded me a view of the Royal Mile and its cobbled highway. This was the starting place for both of the literary tours I took, and after York’s dubious cocktail and Edinburgh’s unavoidable Whisky culture, I was glad to have a bed close by to fall back into.

My verdict is the cry of so many people before: so much to experience, so little time! Next year promises even more of an adventure, as I take my as-yet-unconvinced partner on a romantic tour of…well, things I like: the York Festival of Literature and the Edinburgh Book Festival.