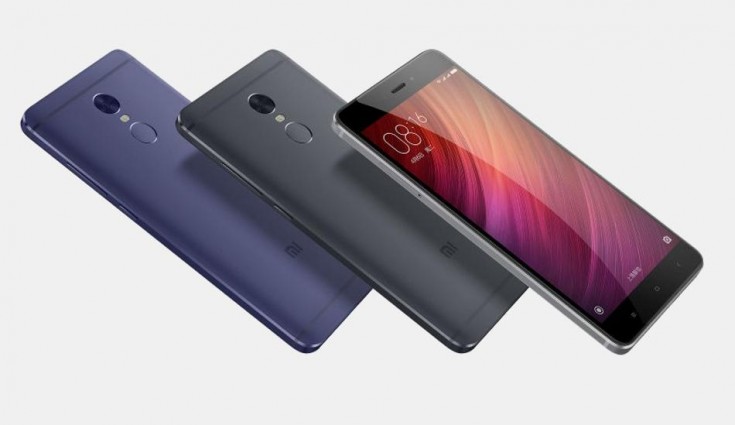 The smartphone leader Xiaomi is once again in the limelight, and it is obviously due to one of its beautiful products. This Chinese telecom giant was previously dealing in the area of consumer electronics. Gradually, the company decided to expand its business and ventured in the manufacturing of smartphone market. It has studied the customer mindset well and hence brought some amazing devices in the market which were not even dared by the market leading companies. The Beijing-based company has a number of devices in different segments in its kit today and yet it is adding some more to the same. Today, this brand is on the fourth number as far as the manufacturing giants in the smartphone market are concerned.

The company has devices for all the segments whether the user is from a lower medium segment or premium class. One can go for the device of this brand irrespective of whether one wants it for casual use or a professional one as the brand has added some of the wonderful features of its devices that can help to all the users. The buyer can check various devices from the company on the different mobile portal where the comparison of smartphones from different brands is provided.

It is just,the year 2015 that the company has ventured the Indian smartphone market, and today it is proved challenging to the global market leaders also. The low or medium cost devices with grand features are easily available with the devices which were otherwise available in the premium mobiles only. It has launched Redmi series which is offered grand welcome by the buyers in the Indian market. The company is going to add one more device in its treasure which is known as Redmi Note 5 on May 20, 2017. The device is not yet rolled out, but its features are. These features as analysed by the market experts have created a buzz in the market that this device will soon take the market to storm. Considering such statements, the buyers also have huge expectations from this model.

This device will have a 5.5-inch screen. It will operate on Android v7.0 which is known as Nougat. The device will have Dual Micro SIMs for the operation. This 169gm device will be available to the users with different colours such as Black, White, Silver and Gray. It is operational on GSM+GSM frequency only. The dimensions of the device are 151x76x7.9 mm and have a screen to body ratio of 72.5% which is considered as good compared to many other devices.

The device screen is with full HD and resolution is 1080 x 1920. The pixel density of the device is 401 PPI. The screen is equipped with IPS LCD and has a multi-touch capacitive screen.  This device has a fingerprint sensor for additional security of the data and device. The best part of this device is it is provided with quick charging and hence those who are much concerned about the device it can be a good choice.

For any smartphone, the camera is a most sought feature by the users. This device has a primary camera with 16 MP, and the secondary camera is of 8 MP. Hence for the selfie lovers, this can be a much helpful device to capture different pictures. The resolution of the primary camera is 4616×3464 pixels. The camera on this device is also equipped with phase detection and auto flash. There is also Dual colour LED flash for high-quality images. The camera has an HDR mode for abetter-quality video shoot. It also has CMOS image sensor for the quality images.

As far as the features are concerned, this device definitely gets the full marks. It has Android v7.0 which is the latest one in the Android versions. The device is equipped with Octa-core processor with 1.8 GHz quad core and 1.4 GHz Quad core. It also has Cortex A72 and Cortex A53. The architecture of the device is 64-bit, and the RAM is 4 GB which can help the user to go for the use of various applications simultaneously. The device has Graphics with Adreno 510. The chipset used is Qualcomm Snapdragon 652MSM8976 which is much known for its quality.

This device has 32 GB internal memory which can be expanded up to 128 GB with the use of MicroSD card. This device also supports OTG, and hence the user can use the pen drive also for storage. This device offers excellent 4000 mAh Li-ion battery. It also has the feature of quick charge which can charge the battery faster.

This mobile has connectivity options of 2G, 3G and 4G Indian bands. There is also Wi-Fi and Wi-Fi direct as well as VOLTE. The device can exchange various files with the help of Bluetooth v4.1, and there is also Mobile hotspot feature for connecting the internet through another device.

The price for this smartphone is not yet disclosed officially, and hence it is a little difficult to judge the class of the device.However, looking at the track of the company and the features of the device the experts believe that the device will fall in the category of in premium or lower premium segment.

The device has the performance of its predecessors in its favour, and hence, the experts also think that the device will be a mega hit. There is hardly any area left where the company has not provided the best of the class feature, and this is the key factor why a number of buyers await the launch of the device eagerly. However, the market trend can be changed by the rival models also and hence one needs to wait till the launch of the device and see the response from the buyers. Only after a few days of launch, only one can see if it is a hit or not, however, as per the previous experience of the market sources believe that it will get a grand welcome from the buyers.