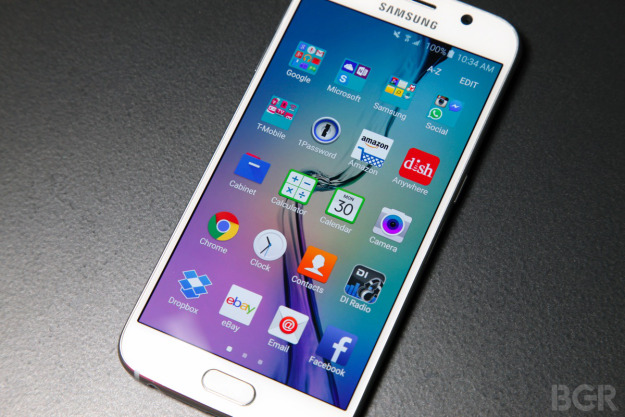 Samsung has been master-mind in its production and is coping up very nicely with all the other companies. May it be Apple, HTC, Sony, LG, Hawaii or any other, Samsung is giving a tough competition to all the other companies. Samsung is now on its way to prove its versatility in this field and bringinganother next-generation smartphone known as “Samsung Galaxy S7”which will be available for the consumers and fans in two different screen sizes and it has been a news within the company’s home land and all wish it to be true with all the awesome specification.

With all its new and recent Galaxy S6 and S6 Edge smart phones and Note 5 phablet launch from the Korean Company has made the fans happy and with the unleash of the techhy gadget again the coming up of another member of this flagship, Galaxy S7 has kept all its fans and lovers in a shock. Again an addition to it was another extravagant claim by the South Korean company of the provision of the two different display sizes was the toppings to a beautifully plated dish. The two variations of Galaxy S7 will be 5.2-inch display and 5.8-inch screen.

Now this is the most interesting and buzzed out thing in the electronic market, so many new things are coming up every day related to Galaxy S7. Now the interesting thing is to see that in which of the display the addition of 4K resolution will be there in the 5.2inch version or 5.8-inch version or in both the displays, still have to wait to know more about it.

As we see the latest launch of the Samsung i.e. Galaxy S6. This smart gadget has a screen size of 5.1-inch which is added with many remarkable and sharp visuals with a Quality HD resolution with 2560 x 1440 pixels and this is an overwhelming feature for the users. So the provision of bigger screen in Galaxy S7 with the 4K display resolution will be “unbelievable”.

It is not actually to be astonished because this idea has been already inputted in Sony Xperia Z5 Premium version with screen specification of 4K display resolution with a pixel density of 808 ppi and a 5.5-inch. So, the combination will be new for the Samsung but yes it is going to be great on the Galaxy S7 with all its different and catchy configurations. If the idea will be inculcated in this Galaxy S7, then for sure the specification of the pixel density will be different in both the smart phones and those will be as shown below:

All the specifications of this phone give you the patience to wait some more for its arrival Galaxy S7. The phone is going to laudable with the price and the uniqueness.