Pizza Variants Found Around The World? 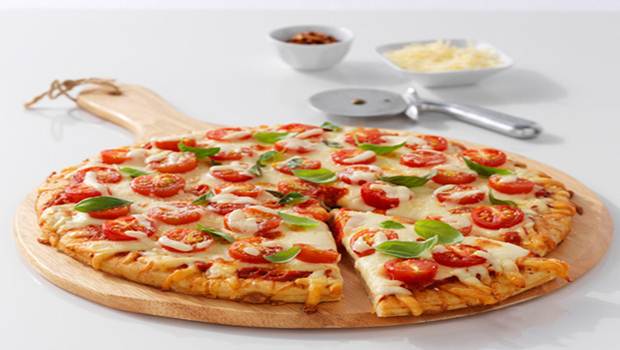 Pizza is probably the most popular Italian dish and it is already considered as an International dish. Many countries have their own version of pizzas. In fact, some children may think that pizza come from their own region, because it has become so common. Pizza is highly adaptable and each country could have different styles; although the basic concept remains the same. Although pizza is considered an Italian dish, it actually originated from Greece. There are still conflicting accounts on the origin of pizza, but its name could be derived from the word “Picea”.

Picea is the black coating found on the bottom part of the dough, caused by burning ashes. This is a common thing when we bake bread in the wood-fired oven. Like traditional pizza we find today, ancient pizza was also cooked using wood burning ovens. There are many variants of pizza depending on the region. In Venice, Italy, pizza is very thin and available in personal size. It is not meant to be sliced and people just roll it and eaten directly. It should be noted that some of the pizza-like food found on the street carts in Venice isn’t actually pizza. It is actually foccacia with some pizza toppings.

Pizza in the Netherlands is also different and many restaurants sell pizza with different toppings in each section. Common pizza has evenly distributed toppings, so it is a good thing to see pizza that allows us to taste different recipes on a dish. In Japan, the pizza is still based on tomato and cheese, but it is often added with seafood, such as shrimp, squid, tuna and even nori. With some researches, we could find different interesting combinations of pizza in Japan. In the United States, pizza is available in different forms of size and taste.

The most visible variations of pizza in the United States are its crust. Common pizza in the US has thicker crust and it could take longer to bake it. However, thin crusted pizza is also very common in the country, as well as traditional pizza with minimal toppings and generous amount of olive oil sprinkled on top of it. The most basic combinations of American pizza is cheese, tomato sauce and pepperoni. Thousands of pizza recipes in the United States are often based on this basic combination. However, some people prefer pizza with lots of vegetables, such as olives, mushrooms, onions and bell peppers.

Common pizza styles in the United States are New York, Chicago and California; however the Southwest, Mexican and Hawaiian variants are also popular. The most essential topping of the Hawaiian style is pineapple, along with tomato, pizza, meat-based products and vegetables. Southwest style often has unique southern sauce and it could combine well with chicken and beef-based products. A different variant of pizza is calzone and it a kind of rolled flat pizza and it is best when served hot, especially when the topping is still steaming hot when we break the outer crust.