Retain any Rank In CSGO With Ranked CSGO Accounts 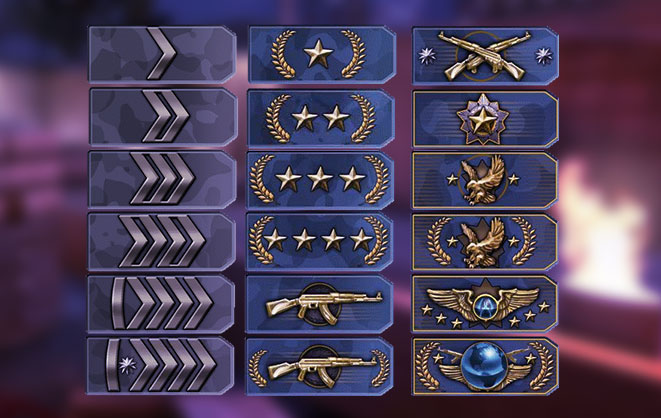 Calibrating at an average rank in CSGO is moderately easy, but climbing higher from there or retaining it isn’t. Ranked matchmaking in CSGO is much more difficult than it used to be, with the influx of thousands of players and a variety of skilled, talented players in the matchmaking pool. Added to this, are the probability of hackers that makes it difficult to retain a rank on their CSGO accounts, if they are to play every day. In order to increase one’s rank, players have to win ranked matches consecutively, amass adequate Elo points and get upgraded to a higher rank. Climbing the rank ladder isn’t an easy task, neither is retaining any rank one has achieved. The only way they will be able to do so, is by either improving their game, strategy and tactics in CSGO, or by opting to buy CSGO account that are of a higher level and rank. Both methods are doable, and depends on what your preferences are when it comes to ranked CSGO accounts.

By improving and gaining new ranks, you can certainly become a better player overall. However, if you think that you don’t have the time, or simply want to reach a rank as quickly as possible, then you can always opt to buy CSGO account instead.

How can you improve your Gameplay and Strategy in CSGO?

Many CSGO players, even after crossing their initial, new-player phase, don’t learn this basic but essential skill while playing the game each and every day. Jiggle peeking, essentially, is a way of peeking around corners and flat surfaces without exposing too much of your body and getting shot. This can help you scout an area without actually dying and can be quite useful.

If you didn’t buy CSGO account and learning to jiggle peek, there are certain things that you should be wary of. Jiggle peeking should be done in an unpredictable pattern, by quickly strafing left and right near an edge of a wall or room. Furthermore, the goal of this move is to get information and bait some gunshots, not fully engage, risking your position and hand.

There is an assortment of grenades that are available in CSGO for your disposal. There’s the frag grenade, the flashbang, the smoke grenade and finally the Molotov cocktail or ‘Molly’. While you are getting the hang of this game, and picking up certain skills, you must learn how and when to throw certain grenades. You must then incorporate them into your normal matches so that you are able to play at your full potential and advantage.

For those who didn’t buy CSGO accounts they must understand how and when to throw which grenade. Smoke grenades are useful in case you want to cross or reach any position without being picked off by snipers. Frag grenades can help you damage enemy opponents before engaging. Molly does the same thing, but it also forces any camping player to vacate the area, forcing them out in the open.

Therefore, these are some important strategies for you to learn if you are confident that you can win ranked matches by your own and rank up. If you still find it difficult, you can always buy ranked CSGO accounts.