The History and Evolution Of Motocross Safety Helmets 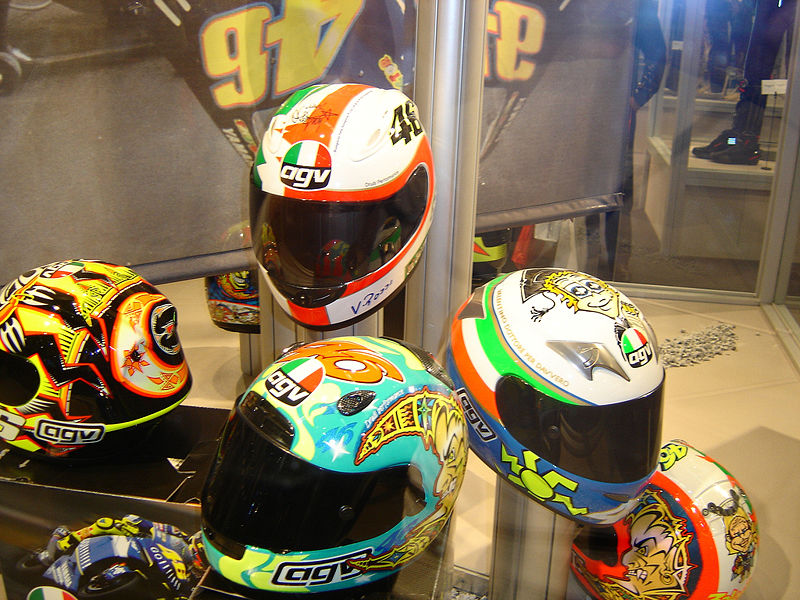 Motocross may be one of the most dangerous sports on the planet, but very little research is available on injuries and fatalities, making it difficult to determine if new safety features and equipment are minimizing driver risk. Motocross remains a fairly unregulated sport, and medical peer reviewed data is not frequently evaluated to ascertain risks and injuries to sport participants.

With the increasing popularity of motocross, as well as the emerging technologies that are shaping the protective helmets and equipment that drivers have access to, we take a look back at the origin of the motorcycle helmet, and the advancements that have helped keep more motocross drivers safe, and on the track.

How Safety Started with “Lawrence of Arabia”

Thomas Edward Lawrence was a famous British archaeologist, diplomat and legendary war hero, whose story was the inspiration for the book and movie “Lawrence of Arabia.” While serving in the British army’s Palestine Campaign in 1935, T.E. Lawrence was involved in a serious motorcycle accident, which left him in a coma for six days. Lawrence never regained consciousness, and passed away shortly afterward.

In the 1930’s, motorcycles were the transportation of choice for land maneuvers for military soldiers, but no protective head gear was provided for them. A neurosurgeon named Sir Hugh Cairns (who treated T.E. Lawrence) was frustrated by the number of military personnel he observed, that routinely sustained life threatening head injuries or fatalities, as a result of motorcycle transportation. He began an in depth study of head injuries, isolating data and studying hundreds of cases of motorcycle fatalities, and it was Sir Hugh Cairns who first started the dialogue about head and helmet safety.

In 1963, the first full-face motorcycle helmet was designed in the United States for retail sale, by a company named Bell Helmets. Until 1963, the choices for head protection were very limited, and safety headgear designs were primarily three-quarter open face, or half cap helmets, and the materials used for helmets were ineffective. Some early helmets were even made out of leather or cork, offering little to no shock absorption or protection.

Of all sporting enthusiasts, it was actually motorcycle enthusiasts that insisted on a better design, and the team at Bell went back to engineer their first model, which was called the Bell Star. The Bell Star was constructed from weaved fiberglass cloth, similar to what was used for outer shells in the aircraft industry. The tensile weave was bonded with high-impact polyester resins and then an epoxy coating. The liner of the Bell Star featured an EPS liner, which is very similar to standard helmets that are still available today, and the helmet sold for $59.50.

The helmet was the same material used by the U.S. military HGU 2/P flight helmet and the same construction used by NASA for astronaut head protection, making it a truly space-age design and it did have a shatter proof plastic visor that was a snap-in design, but it did not flip up, and easily became unattached during impacts. Nonetheless, the Bell Star was a quantum leap forward in terms of protective gear, meeting the safety standard of the day, which was a 120 lb. hit at roughly 16 mph, set by the Snell Foundation as the minimum crash performance criteria. Today, in the United States, the DOT FMVSS 218 standards are far more stringent, allowing for a peak acceleration energy of 400 G (gravity constant). All new helmets are tested with a 22.7kg (49.9 lb.) load for thirty-seconds, and increased to 136 kg (299.2 lb.) for 120 seconds with measurement of the displacement of a fixed point on the chin strap from the helmet.

Injury research and improving safety standards have evolved our understanding of head injuries and the prevention of concussions by re-engineering the motorcycle helmet as we know it today. Modern helmets are designed with directional movement, allowing the head to move within certain limitations inside the helmet, to help absorb shock and prevent stationary neck and spinal injuries.

Omni-Directional Suspension (ODS) technology is designed to compress and displace the direction of angular energy and low threshold energy, to reduce the impact to the neck and help prevent brain injury during collisions. The double layer technology allows for more shock absorption to be transferred away from the head, effectively managing high-energy strikes to the head, and protecting riders. The damper technology provides 27 unique points that isolate energy, by transferring it through hour-glass shaped absorption points, that act like springs inside the EPS liner. The patented Omni-Directional Suspension is exclusively available through 6D™ Helmets.

Another helmet design that motocross professionals like offers a similar approach, with different engineered technology. Mips AB was founded in 2001 by bio mechanical experts at the Royal Institute of Technology, in Stockholm, Sweden. The Multi-Directional Impact Protection System (MIPS) was introduced and is now incorporated in one way or another, into virtually every type of helmet manufactured around the world. Mips AB was the pioneer, starting in 1995 with a Swedish neurosurgeon named Hans Von Holst, who was in charge of a long-term study on head trauma for the World Health Organization in Geneva.

The Future of Motocross

The most prevalent injuries in the motocross sport worldwide are concussions, lacerations, spinal injuries and coma. Despite the inherent danger, the exhilaration of the sport of motocross continues to draw fans and competitors to the challenging, and exciting sport, and children as young as four years old can get started in the AMA. It is very much a unique culture and family oriented sport.

As technology continues to advance, so too does the equipment and protection available for motocross enthusiasts and professional competitors. It is a sport that is synonymous with injury, but also a community that is committed to finding new ways to protect riders from harm, with numerous safety organizations who educate on driver safety, for amateurs and professional competitors. The sport continues to evolve, and so will the equipment necessary to keep participants safe, and on the track, instead of consulting with personal injury law firms.