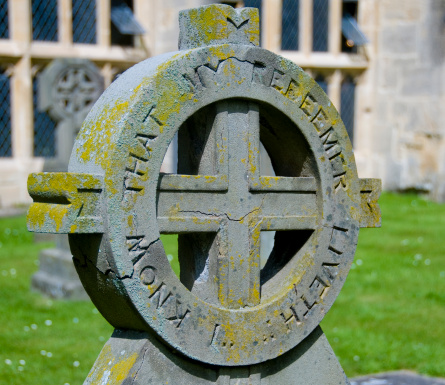 The country of Ireland has a total population of just 6.4 million people, and it is only the 20th largest island in the world. Yet, according to Ireland’s Tourism Development Authority, there were 6.3 million overseas tourists who visited Ireland in 2012. So, why do so many people from around the world choose to vacation on a seemingly inconspicuous island? The reason, of course, is that there is nothing inconspicuous about Ireland.

Ireland’s glorious and lush vegetation has led to it being crowned the Emerald Isle, and many people are drawn to visit it for that reason. But another prime motivation to visit the island, especially for those with adventurous spirits, is the opportunity to explore all of Ireland’s breathtaking ancient mysteries.

A popular tourist focal point, the Holy Wells of Ireland are a key point of superstition among the Irish, as there is a longstanding local belief that they have healing powers. Surrounding many of Ireland’s holy wells are strangely carved stones and haunting temple ruins that were once used by Druid priests who thought the wells to be sacred. A little research can provide you with the interesting history of Ireland’s Holy Wells, and lists of some of the many well’s names and locations.

Positioned on a hilltop in Northern Ireland, Newgrange, which dates back to about 3200 BC, is Ireland’s most famouspassage tomb. One of the reasons for the popularity of this site is that, though it’s been classified as a passage tomb, some scholars believe that it was actually built and used as a temple. There is most definitely an intriguing history surrounding Newgrange, one of Ireland’s most prehistoric structures.

In Ireland, fulacht fiadh are as plentiful as they are enigmatic. Dating back to the Bronze Age, about 1800 BC, there is no real consensus about the original purpose of the fulacht fiadh. Many surmise that these sites, which consist of stone mounds, hearths, and wood or stone-line troughs, were used for cooking by nomadic hunters. This is what makes them such a tourist draw. Curious people want to see them and assess the mystery for themselves.

The Mound of Down

At only about 1,000 years old, Ireland’s Mound of Down is relatively new to the list of ancient mysteries. Located in Northern Ireland, this monumental earthwork has only recently begun to be excavated. It sits on top of a three acre marsh, and is well over 400 yards at its base. It has two earthwork tiers resting atop the base, which are 55 meters and 12.5 meters, respectively. It is speculated that this grand monument was used as a royal stronghold in the first millennium A.D.

Located in County Cork, Ireland, and dating back to approximately 945 to 830 BC, the Dromberg stone circle is one of Ireland’s most visited tourist sites. The circle has seventeen stones spaced close together, and the circle spans 31 feet in diameter. Also known as the Druid’s altar, it is speculated that the Dromberg stone circle was possibly used in religious ceremonies.

Ireland is a beautiful land of magnificent natural splendor. If you plan on exploring the Emerald Isle, don’t forget to visit some of its fascinating and visually stunning ancient mysteries, as well.