Scotland: Sailing Towards A Better Future 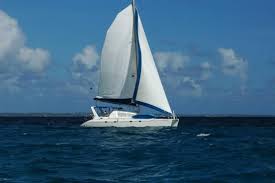 From voyages around the Clyde to the Holy Loch or even a day trip to the Scottish islands, the coast of Scotland is a great holiday destination for any intrepid sailor. Crashing through the rolling waves while taking in the sheers cliffs topped by topped by heather and ferns you are struck by the bleak beauty of the country. It is in fact on these very waters where I first got a taste for sailing and acquired my love of the ocean.

The idea to try my hand at sailing first came to me as I strolled through the port of Dunoon. There was a sign advertising a week of adventures on Scottish waters for all age groups. I was intrigued and wanted to find out more about the course as I had always been interested in sailing and my family had owned numerous  cobalt boats  when I was a child. I noted down the address on the flyer and after asking for directions, set off at a brisk stroll.

Five minutes later I arrived outside of a small shop. There was a old grizzled man sitting behind the counter when I entered the shop. His face was lined, his cheeks red and short neatly trimmed white beard covered the bottom half of his face. He looked like he had spent his life on the sea and I was unsurprised when I later learnt that he was actually the skipper of a boat and was filling in for the receptionist who had come down with the flu earlier in the week.

The company offered two types of sailing courses, the first was a short two day intensive course where you learnt the basics of how to sail a sailboat while there was also a longer five day sailing course on offer. Although I didn’t have much money, I decided to spend what little savings I had on the longer course that would be starting in just three days time.

I turned up bright and early at the pier on the Monday morning after a relaxed weekend exploring the surrounding towns and countryside. However, despite the early start, I was not the first to arrive. There was already a small group of people huddled together in an animated conversation by a large sailing boat. With nothing better to do, I went over and introduced myself.

The group was a mixed bunch, there was a retired couple who lived locally, two middle aged bankers from London, a merchant sailor who spent his life on cargo ships and me, a young backpacker who had just finished high school. The skipper turned up a short while later and within half an hour the ship was tacking its way out of the port.

Learning how to sail can be tough. Quite apart from all of the information you have to take in, there are the knots to learn, the booms that you have to pay attention to if you want to avoid a sharp crack on the head, the steep staircases and of course just keeping your balance on a boat that never seems to stay still. Despite all of these facts, by the third day of our lesson I was making my way around the boat like a seasoned sailor. Little did I realise at the time that this love of sailing would turn into a lifetimes passion.

The waters around Scotland will always hold a special place in my heart. The weather was perfect during the five days that we were out on the water. I surprised myself at just how much I managed to learn in such a small space of time and would heartily recommend the experience to anyone who enjoys exercise and the beauty of nature.

in Business
Your Live Virtual Receptionist Manages Your Business With Finesse