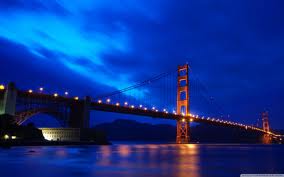 New York is known to be a very popular city. The city possesses some of the tallest buildings of the world, claiming its title as the city of skyscrapers. Because of its rich culture, it is also labeled as the cultural capital of the world as it is also the city where museums and galleries that hosted world’s greatest exhibitions could be found. The city also has a large number of attractions that have made New York sightseeing very popular among leisure travelers. It is a city steeped in history as well as in scenic beauty, that’s why a great number of tourists from across the globe travel just to enjoy the place.

There are a lot of attractions present in the city but what defines New York City is the most popular one and the most visited. It is The Statue of Liberty which is located on the Liberty Island. The island can be easily reached on a ferry. The Statue of Liberty was a gift from France to the United States and hence is considered a symbol of international friendship.

Other spots or sightseeing places in New York are The Rockefeller Center, the 102 story tall Empire State building and The Brooklyn Bridge. There are also places for people who seek serenity and are nature lovers. One of these places is The Central Park which is located at the center of Manhattan in New York. Central Park is a public park and a great place to admire the creation of nature. It houses natural looking lakes and ponds, walking tracks, the Central Park Conservatory Garden, ice-skating rinks, a wildlife sanctuary, bridle paths, the Central Park Zoo and many more things to see. More than thirty-five million tourists every year visited the place. It is also considered as the most visited urban park of USA.

As the city of New York is known as the cultural capital of the world, it is also a home to a large number of internationally renowned cultural institutions, historic sites and museums, which bring before its visitors the past and the present of the city. American Museum of Natural History, Museum of Modern Art, Madame Tussauds Wax Museum, and Sports Museum of America are some of the most widely popular museums.

Availing New York Tours facility is the best way to enjoy the attractions of the city that can be visited. These tours to the city are available by all the three modes, that is, water, land and air, one can enjoy these tours and visit various places of the city as per their choice.

If you choose to take the tours by water, you can have the opportunity to see and witness the gratifying view of The Statue of Liberty. Similarly, helicopter tours or tours by air provide mesmerizing view of the entire city and its attractions. On the other hand, New York City tours by land gives insight into the various attractions of the city. Thus, New York Tours have made sightseeing in the city easy and more enjoyable.

Take a New York City Tours with OnBoard Tours. We have the highest rated bus tours in New York City. It’s our tour format that people love. We have licensed NY tour guides who stay with you throughout your tour to make sure you see the New York attractions in depth and you truly experience NY today.