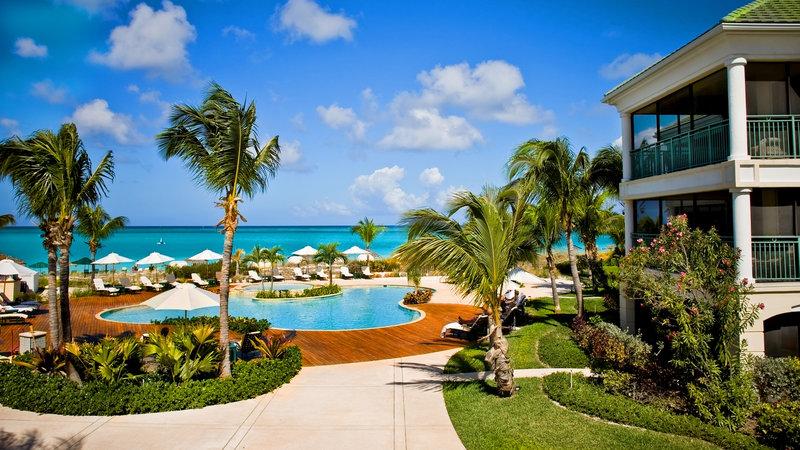 Grace Bay is the kind of place where dreams come true 24 hours a day, 365 days a year and regardless of whether you happen to be there on the odd days the rain makes an appearance. Famed the world over for encapsulating the wonderfully idyllic charm of a Caribbean holiday while still retaining a rare feel of undiscovered exclusivity, you could say that Grace Bay is the kind of place for those that prefer a better Caribbean head for their holidays.

Admittedly, starting to make a name for itself across mainstream markets…the secret sadly couldn’t be kept forever…there’s still something uniquely charming about Grace Bay and its general way of life than you will not find anywhere else or at any price. Perhaps above all else however, what’s really bringing in both the people and the praise is the way in which it is a genuine year-round gem that’s just as brilliant when visited in the ‘off’ seasons as it is high season. Really, in this instance there’s really no place for the word ‘off’ whatsoever.

So, while the pros and cons of other islands may vary in the pre-winter season, Grace Bay is an absolute winner at all times. Here’s a look at just five great excuses to head to Grace Bay during the autumn season not normally mapped at as the so-called ‘ideal’ time to travel:

First and foremost, there’s simply no denying the way in which the enormous savings that come with travelling during the autumn make the whole idea infinitely more appealing. What’s really great about travelling to Grace Bay in the later autumn in particular is the way in which you not only get to benefit from the same kind of weather peak season brings along, but also the most agreeable prices in the whole of the year. You’ll quite literally be looking at savings up to 50% on vacation rentals in Turks & Caicos Islands across the board, which means that you can either fulfil a lifelong dream without spending a fortune, or upgrade to five-star luxury without breaking the bank. Plus the cheaper it all is, the longer you can stay!

The autumn season also happens to be the time of year when more of the annual culinary events take place than at any other time of year. From the Annual Turks & Caicos Conch Festival to all manner of amazing wine festivals and array of brilliant outdoor cooking and dining experiences, chefs and foodies from all over the world descend on Turks & Caicos in the autumn for a uniquely satisfying thrill ride. For a taste of the real Turks & Caicos far above and beyond what the average restaurant serves up, there’s no better time to go!

It’s common for those heading out for a tropical vacation to state that as far as they are concerned, there’s no such thing as too hot. That is of course until they find themselves hit with the stifling heat of the Caribbean peak season when there’s not a breath of wind to speak of – it can indeed get quite stifling. In the Turks & Caicos off season however, what you’ll find yourself blessed with is the very best of all worlds. The weather remains beautifully warm but with a cooler sea breeze to keep you refreshed, while the sea remains invitingly warm at all times.

The secret of Grace Bay Beach obviously wasn’t going to stay secret for very long, with the place having over recent years begun drawing in larger crowds than ever before. For those heading to Grace Bay Beach, it seems as if there can be nothing more wonderful than relaxing on the crisp white sands with the ocean before you and nothing to do but daydream…but they’re wrong. Even better is the exact same experience when you practically have the beach to yourself, or at least a part thereof. Travel to Grace Bay Beach in the autumn and you stand a much better chance of enjoying genuinely idyllic seclusion when and where the mood takes you.

Last but not least, when it comes to making the very most of the activities and excursions on offer around Turks & Caicos, there’s no better time to go than the autumn. Not only is availability much greater thus offering great flexibility, but the trips and tours you decide to take will be infinitely less crowded and cheaper to boot. As such, you’ll be able to make the very most of your holiday and all that’s on offer to you in a way that might not be so possible at the other more popular times of the year.