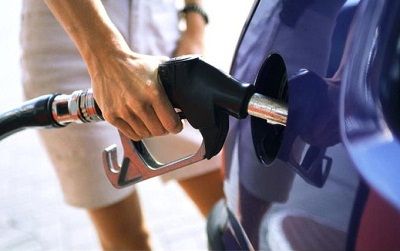 There are a number of options we could take when we are considering to use alternative fuel for our car. Based on the availability and price, specific alternative fuel can be appropriate for our requirements. In general, alternative fuels should be usable, accessible and viable for consumers. There are different kinds of alternative fuels that we can use for our cars. Ethanol is a common form of alternative fuel and it’s made by distilling and fermenting plant starch. Ethanol is typically mixed with standard gasoline at 90/10 or 85/15 ratio. Typical cars should be able to support E90 fuel, but E85 fuel can be used only on flex fuel cars. However, this type of cars is becoming more and more commonplace. In some cases, gasoline-ethanol fuel is cheaper, but in other areas it can be more expensive. It should be noted that cars that run E85 have lower mileage due to the lower energy output. However, because ethanol is a sustainable source, eventually gasoline-ethanol fuel will become cheaper.

Another form of alternative fuel is biodiesel and it is acquired from vegetation. If manufactured at local areas, biodiesel can be cheaper. Biodiesel emits less greenhouse gases and it is safer to handle. Although biodiesel also produces greenhouse gases, it essentially has much lower carbon footprint, because the plants that are used as the raw material absorbs carbon dioxide from the atmosphere. The environment suffers much more minimally when we are using biodiesel and it is also a sustainable source.

Electric is another type of common alternative fuel. Electric cars were relatively popular in 1990’s, but they are still relatively rare today compared to standard cars. However, hybrids are now available in a variety of models. These cars are powered partly by electric generator and gasoline. Although hybrids won’t be able to solve the fuel problem completely, they certainly reduce oil consumption. Natural gas is the cleanest form of fossil fuel and it can be used by both trucks and cars in either liquefied or compressed form. Some dual-fuel cars may run both diesel and gasoline fuel.

Natural gas is very efficient and it can be fed directly to standard engine with minimal modifications. The downside to this method is that we need to put the additional natural gas tank inside the car. It means that we could sacrifice the passenger or storage space. Natural gas produces 90 percent less pollutants than gasoline and diesel fuel. It is also less expensive than gasoline and available at higher amount. Other substantially less expensive fuel is hydrogen and the most common element in the universe. Although hydrogen is available at very low amount in our atmosphere, water is nearly limitless on earth and it contains twice the amount of hydrogen than oxygen. Unfortunately, the technology itself is still relative more expensive and it would take decades before hydrogen cars are available at reasonable prices.