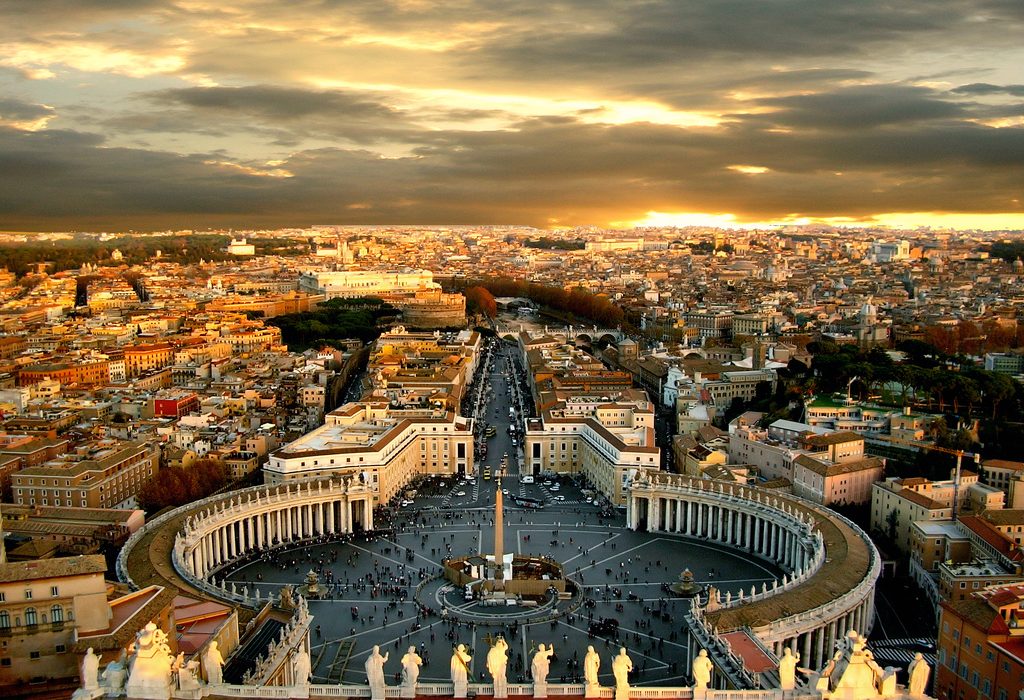 Italy has a wealth of cities to experience the rich culture and heritage of the country and its people. From savoury dishes to inspiring architecture to world class shopping, Italy’s urban centres offer memorable experiences for any type of traveller. Romance, family fun and adventure are all possible in hundreds of the country’s cities, including Rome, Venice and Milan.

The capital of Italy, Rome was once the centre of the Roman Empire. Remnants of the past dot this sprawling city, including the Colosseum, The Roman Forum and The Pantheon. Hundreds of churches are found throughout Rome, including St. Paul’s Outside the Walls, Santa Maria Maggiore and San Giovanni. Also within Rome’s borders is Vatican City, the seat of the Roman Catholic Church and home of imposing St. Peter’s Basilica and the Sistine Chapel. Wandering around Rome is a perfect way to discover the city’s lovely piazzas and public spaces, including Piazza Navona, Piazza dellaRotonda, Piazza di Spangna and the Spanish Steps, and the spectacular Trevi Fountain.

Milan is one of the great fashion cities of the world. The city is also an important centre for business, finance and trade. The Duomo di Milano is a haunting Gothic cathedral in the heart of the city. Nearby, the upscale Galleria Vittorio Emanuele thrills shoppers from around the world with dazzling mosaic floors and an eye-catching glass roof. From old churches and palaces to world class museums and theatres, Milan is home to a blend of ancient and modern. For fashion, venture to the shopping district between the Piazza Duomo, Piazza Cavour and Piazza San Babila.

One of Italy’s most interesting cities, Venice is also one of the country’s most beautiful destinations. The unique city is known for its famous canals and character. With a pedestrianised city centre, much of Venice is explored on foot or by water taxis and water buses. The heart of the city is San Marco Square, home of the elegant Campanile di San Marco, the stunning Palazzo Ducale and Torre dell’Orologio, and the ornate Basilica di San Marco. Rialto is a bustling market with the iconic Rialto Bridge, one of many bridges found throughout Venice. Every alley and canal offers a different perspective of this lovely city.

The Renaissance city of Florence is renowned for its art and architecture. Capital of scenic Tuscany, Florence was one of the most important economic, cultural and political centres between the 14th and 16th centuries. Visitors can see remnants of that past throughout Florence, including the lavish Duomo. Next to the Duomo is the imposing Giotto’s Tower, which offers visitors panoramic views of the city. Florence is also home to leading museums, such as the Galleria degli Uffizi, Bargello and Accademia Gallery. The city is a perfect base for exploring Tuscany, a popular region known for its fantastic cuisine, local wines, relaxing beaches and beautiful countryside.

Host city for the 2006 Winter Olympic Games, Torino offers visitors a taste of Italy’s industrial heritage. Home of FIAT, the city has a rich automotive and transportation history. Situated in the Piedmont region, Torino is within a short drive of beautiful mountain villages and thrilling ski resorts. The city itself features sophisticated shops, ornate palaces, grand boulevards and squares, and iconic buildings. Perhaps the most iconic is the Mole Antonelliana, a former synagogue completed in 1888 that now houses one of the best cinema museums in Europe.

This article was brought to you by Alice from http://www.direct-carexcess.co.uk/. Please share!