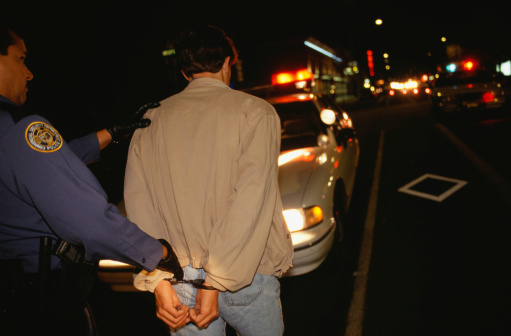 After a 2005 drunk driving crash that killed a 7 year old and a 59 year old limo driver on Long Island highway, New York’s approach to drunk driving changed. Charles Fuschillo, then a state a New York state senator, took the initiative to push for more drunken driving bills to be passed.

The senator introduced legislation to make jail time mandatory for drivers with a second DUI conviction. As a result, the NY Department of Motor Vehicles refused license renewals to drivers with dive or more DUI convictions in their lifetime or three or more in the past 25 years. However, Wisconsin has failed in its efforts to invoke stricter DUI laws.

Is it a Lack of Conviction?

Later in 2009, the New York Legislature took further steps to tighten DUI laws when 11-year-old Leandra Rosario was killed in an accident caused by her mother who was driving under the influence. ‘Leander’s Law’ was passed, which made it mandatory for adults who drive drunk with a child in their car to be jailed for up to four years right from the first DUI conviction.

Wisconsin’s lawmakers have in the 2013-14 Legislative session been unsuccessful at pushing a bill that could have kept repeat DUI offenders without driving privileges from buying and leasing vehicles. Surprisingly, a bill to make the installation of ignition interlocking devices mandatory for all DUI offenders also did not make it through. An attempt at legislation that would enable judges seize the vehicles of third time and subsequent offenders also failed.

In addition, the Legislature could not pass a bill to make first time drunken driving offenses a crime in Wisconsin. DUI attorneys say that it is the only state where DUI convictions are not considered a crime.

According to experts which include DUI attorneys, New York is one of the states where stricter laws have resulted in a reduction in the number of drunks attempting to drive, and most importantly, the number of injuries and fatalities they cause. One of the latest laws mandates that a driver’s lifetime driving history be considered prior to the reinstatement of any driving privileges. In contrast, DUI attorneys say that under Wisconsin law, no convictions that occur before a certain date are counted.

New York also has a number of programs such as the STOP-DWI program in Broome County. The program includes education, advocacy, and prevention and operates on a budget that comes from fines paid for by drunk drivers. Five or more DUI convictions could spell an end to a person’s chances of driving again.

In contrast once again, according to 2012 state data, there are over 3,000 residents in Wisconsin with at least six DUI convictions, over 1,200 with seven, and as many as 500 with at least eight DUI convictions. To deter drunk driving, the penalty for second DUI offenses includes up to 4 years imprisonment, fines ranging from $1,000 to $5,000 and 18 month suspension of the driver’s license.

However, Wisconsin’s punishment is much lower while most disturbing is the fact that first time offenders in New York face a six month suspension of their license and may be required to use an ignition interlock device. Wisconsin’s first time offenders are not even prosecuted and do not require an interlock device unless the BAC level is found to be .15. This is not that bad really. Two beers does not really mean you are not capable of being a safe driver.