What Is Meant By Dhokra Art? 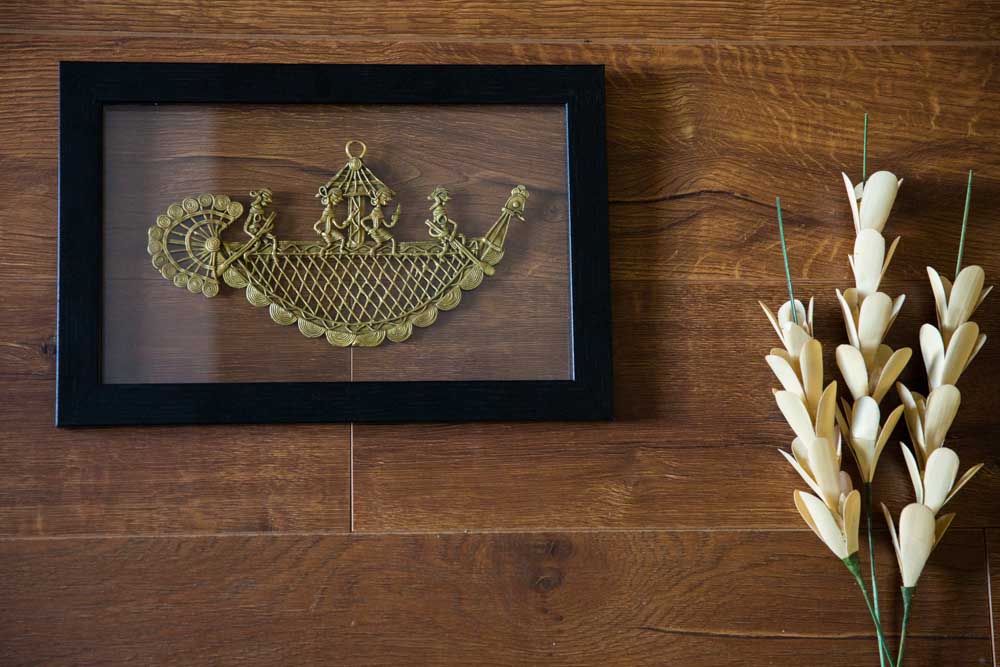 Dhokra art refers to artifacts made of non-ferrous metal casting created using the ancient lost-wax casting technique. It is an ancient folk art tradition thriving in India in the Eastern states of West Bengal, Odisha, Chhattisgarh and Jharkhand.

Metal artifacts are created by a wax –casting technique. This art is nearly 4000 to 5000 year old, dating back to the Harappa and Mohenjo-Daro civilization of the Indian sub-continent. In fact, the earliest, lost wax artifact is the dancing girl of Mohenjo-Daro. The name Dhokra art came from the Dhokra tribes of Eastern India who have perfected this style. 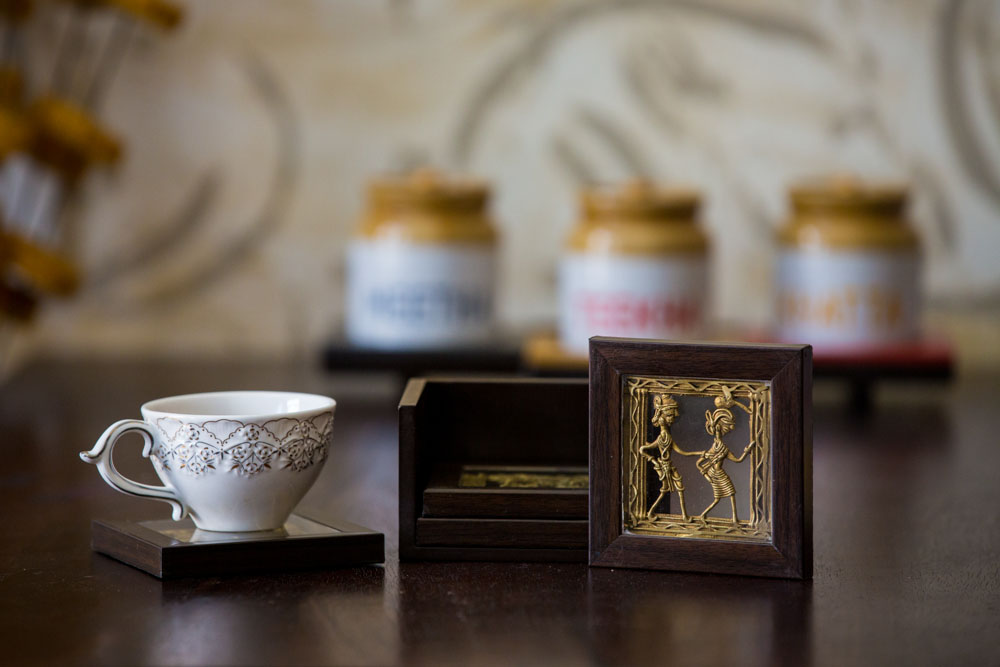 The process of making Dhokra art is enchanting and makes use of only natural materials. Fine sand and clay, found usually in river banks are used to make basic mold. Cow dung and goat dung or rice husk is added to the principal material and layered with pure beeswax sourced from the jungle where the tribes reside.

Then, wax threads are prepared and wound around the mold of clay till the complete surface is covered in a uniform fashion. After doing this, decorative details are added. Then the clay is cooked over a furnace wherein the wax emerges from the drain ducts.

The furnace is typically built above the ground with natural fuel like cow dung, coal or charcoal as well as bricks. The wax is burnt in the furnace, leaving a free channel for flowing of metal. Next, mainly bronze and brass in form of molten metal is poured into the mold. After the metal has melted, the molds are taken out and after passing of half an hour, water is poured over to cool the material. They are now broken and cast figures are taken apart.

Next, the artisan retouches the portions and they are subject to meticulous scouring at the river using clean sand to provide a polished, soft look to the figurines. Generally, it takes any time between fifteen to thirty days to create one figurine.

In the initial periods, the Dhokra tribes used this art form to create religious idols. But over time, as spiritual matters eroded to give way to commercial interests, the craftsmen began creating secular figures which served more as handicrafts than religious idols.

Folk art objects like women and men in daily chores, animals, birds, bowls etc.  have become more popular. Dhokra art wall hanging is also prized. The Dhokra tribes today have mostly left their nomadic ways. Clusters of artisans are found in Bengal, like in the small village of Bikna outside Bankura town.