Safety Signs For The Construction Sites 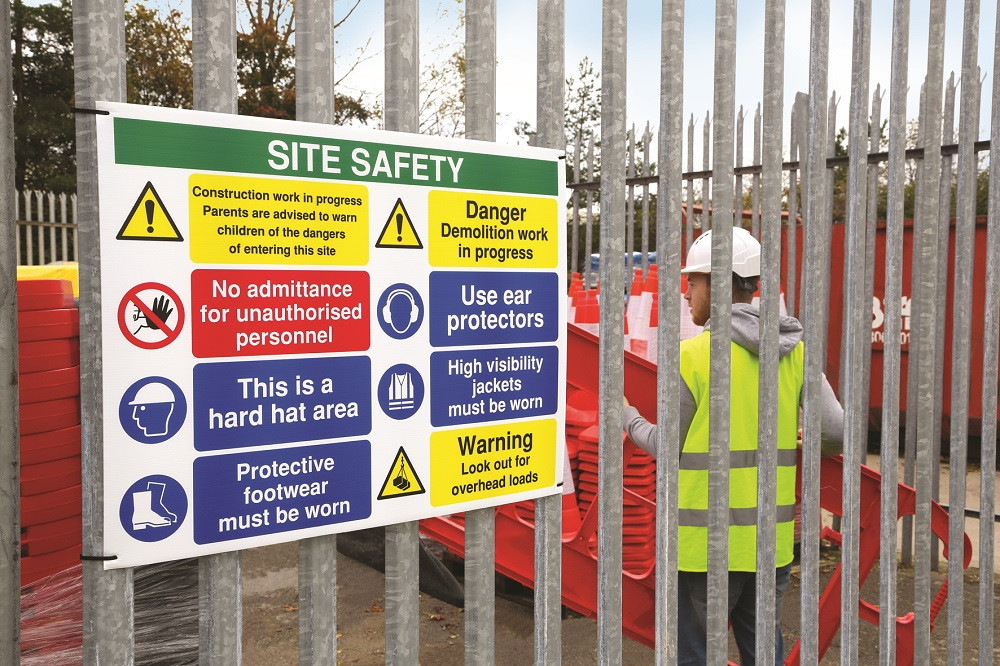 During construction, anything can happen so as for the safety of the workers and also prevent unwanted people to enter the danger area following signs are used

Prohibition sign : this sign indicates the prohibition of some peoples or Don’t do some things and it has a red circle with the cross bar on white background. For example NO SMOKING, NO ENTRY etc.  This will help to avoid the unwanted accidents.

Mandatory Signs: these signs are meant for the workers who working on the site. These signs are mostly in blue color with pictorial representation or else with lettering. For Example WEAR HELMET.

Warning Signs: these signs are used to indicate warnings to everyone. These signs are usually in the yellow solid triangle with a black border and letters or symbols in it are black. For Example: High Voltage signs

Fire Exit Signs: these signs are used mostly used in multi-story buildings to indicate how to exit when there is a fire in a building. These signs are mostly in Green Color squared box with the white letter on it.

Fire Extinguisher Signs: this sign is helpful to indicate where the fire extinguishers are available. They are mostly in red rectangular with white symbols or letters in black.

Fire Alarm: this symbol is mostly in Red color palm squared box with a hand on button symbol. It will help to inform others while you see the fire on that site

Assembly Point:  it Is the symbol used to gather all people in the same location if a fire or any other deadly accidents are happening on that site. It is mostly in green squared with two three peoples diagram on it.

First Aid Sign: it is widely used in many construction sites to identify the First aid given place to the one who needs first aid.

Danger sign: it is the most commonly used sign in all construction sites to indicate the danger in the particular place or particular thing. It is mostly in Yellow Squared box with a pictorial of skull with crossbones in it.