Are You Considered Wealthy? 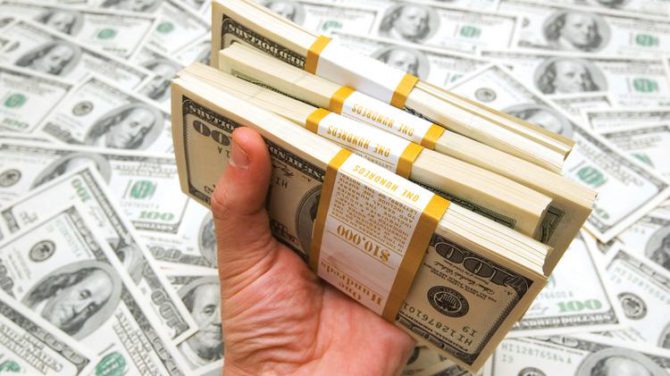 There is no doubt that however money we have, we could always do with a little bit more. Even if you think that you are doing quite well in life, it is not as though you would turn down the option of having more money. We all have different reasons and motivations for bringing in money and it has to be said that some people are motivated or inspired than others. However, there is no denying that if the chance comes along to better ourselves and make ourselves a bit wealthier, most of us would take it as long as it didn’t come at too high a price.

Obviously there will be moral implications of how you earn your money and a lot of people will have strict guidelines on what they will, and what they will not, do for cash. There is also the fact that people will only want to work certain hours or not place themselves into certain circumstances. However, on the whole, if the circumstances and situation was correct, most people would be more than happy to generate more wealth for themselves and their loved ones.

How much money do you need to be wealthy?

Which starts to beg questions about wealth. How much money do you need to have to be classed as being wealthy in the United Kingdom? A recent survey undertaken by Britain Thinks and Indeed classes the amount of money you need to be classed as wealthy in the UK is £134,170 a year. When you take on board the fact that the national average wage in the United Kingdom stands at £28,000; it is pretty obvious that the majority of people in the UK are not wealthy by current standards. Okay, you can’t just say wealth is a matter of income every year, and there will be people who say things like if you don’t have your health, all the money doesn’t matter, but this finding has to be seen as a worrying thing.

The fact that a survey and study suggests that you need to earn close to five times the average wage in the United Kingdom each year to be classed as wealthy is a worrying thing. Of course, individuals will have their own personal ideas or beliefs on what makes you wealthy, and it appears that younger people in the United Kingdom are of the opinion that wealth begins at a much lower level.

Close to 60% of young people surveyed said they believed that being wealthy came into being with an income of £80,000 a year. However, when people over 65 years old were asked the same question, only 35% of respondents said that they believed this amount of money would see someone classed as being wealthy. Overall across the UK, just 44% of employees felt that an annual income of £80,000 made a person wealthy.

There are different opinions about wealth

As you would expect, there are also differences across the country with respect to when wealth kicks in. In Wales, the beginning of wealth is said to come into play when someone receives an annual income of £91,681. However, when you ask people in the south east of England, there is a belief that you have to earn £162,844 to be classed as being wealthy. This is a figure that is 78% higher than the figure stated in Wales, so there is a wide range of opinions on what it takes to be wealthy in the UK at this point in time.

Given the huge levels of division in the country, this shouldn’t be too surprising because there is a lot of disagreement in the nation. Money is a very difficult topic to bring up and it seems as though the really rich are getting wealthier while many people who previously thought they were rich now find themselves nowhere near as well off as they used to be. There has been a stark level of downsizing in the United Kingdom in recent times and this looks set to continue as people re-evaluate their finances. It is easy to see that many people need short term assistance in managing their finance, which means that options like guarantor loans are more attractive or suitable for people these days.

The issue of wealth means different things to different people but there is no denying that the gap between being wealthy and having an average level of income is growing wider all the time.

Andrew Reilly is a freelance writer with a focus on news stories and consumer interest articles. He has been writing professionally for 9 years but has been writing for as long as he can care to remember. When Andrew isn’t sat behind a laptop or researching a story, he will be found watching a gig or a game of football.