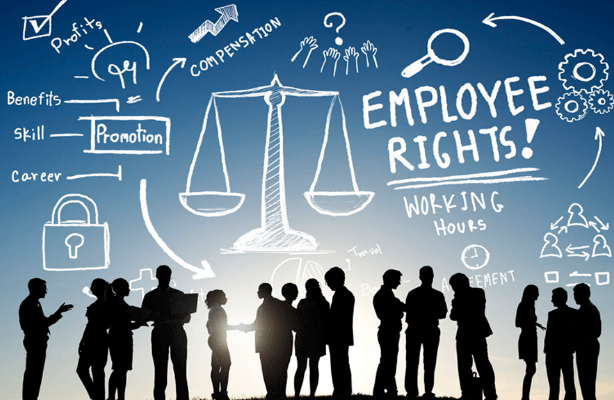 At each level of organizational management tier, one of the things which seriously weigh out and have to be handled with some degree of rationality is employment. It can either make or mar both employers and employees. This day and age, employment crises resulting in legal disputes have become the order of the day. If an employee is not picking on the employer, then the reverse is the case. Much of that can be blamed on the fact that people lag behind when it comes to employment law. We operate majorly on myths in the stead of the realities surrounding the subject of discourse. Not knowing where to stand or how to do things right when employment crisis looms– a fish which breeds no eels, so to say, is the genesis of all legal disputes viz-a-viz employment. Against that background, in a bid and quest to salvage, the myths and realities are highlighted thus:

If that belly does budge out and no signs of being an expectant mother, then women must come clean about their condition during recruitment as a way of honoring employment law– one big myth anyway. For the record, employment makes no arrangement for such thing– that is, women are under no legal obligation to declare they are pregnant or have families. So, employees are expected let go of asking such questions are you pregnant, do you have children, who is your spouse and so on and so forth. Those things have to do with the personal life of a prospective employee.

A valid contract of employment is one which is documented

During recruitment, agreement between employer and employee is validated legally by putting down in form of writing. Other than that, the contract said to be null and void. This is just another myth. The validity of a contract for the most part depends on the terms of employment. Documenting an agreement for an employment which lasts for not more than a month is nothing but a waste of energy and paper– simply put, a verbal contract for short-term employment lasting for less than a month is valid. On the other hand, for a long-term cause, a written agreement is drafted reflecting employer and employer have entered into an employment contract. Written contracts have to be crafted within the first two month of recruitment .

If an employee has not worked for the employer for more than two years, they can’t make a claim for unfair dismissal– one hell of a myth. There is no such thing as employees don’t have the right make claim for unfair dismissal until and unless they’ve been in service for more than two year, especially in such cases as health, exercising their rights or safety concerns.

There are a lot more myths which are not listed here. Employment crises are not to be underestimated. Using legal advice of employment lawyer to be more specific, is critical in matters of employment.