A Short History Of The Polling Booth 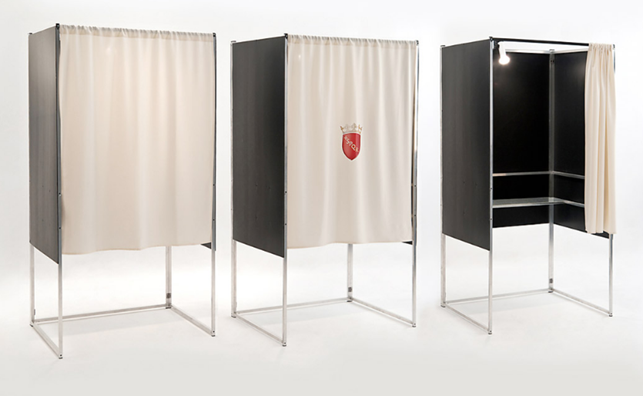 A polling booth is the British name for a room in a polling station where people go to cast their votes in local, state or federal elections. In America it is called a voting booth. The entrance to the booth usually has a retractable curtain to provide privacy and protect the ballot’s secrecy by obscuring the view of the voter from others. Access to the polling booth is usually restricted to one person at a time unless a voter requires assistance. A polling station usually has several polling booths allowing as many people as possible to vote in a short period of time.

The polling booth has a long history and has gone through many changes over the years. The booth is where people go to cast their ballot. The word ballot is a translation of the Spanish word ballota which means little colored balls. That’s because long ago before the invention of the modern voting machine people voted using small clay balls which they dropped into the clay pot of the candidate of their choice. The Romans had been using paper ballots as early as 139 B.C., but they didn’t become popular until the 1800s. The polling booth was created to allow voters a measure of privacy.

The word poll means head. Long ago votes were tallied by bringing people together and counting the heads of those that voted for a particular candidate. This was often done in an open field and the place the voting was done begun to be called the polls. But this method of voting often led to reprisals because everyone knew for which candidate each person voted. That led to the creation of the polling booth. This enabled people to vote in private and decide whether or not they want people to know for whom they have voted.