Gluten Free Foods: Healthier For You? 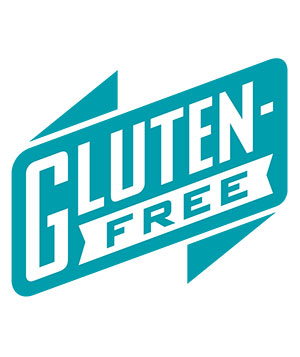 A gluten free food is a food which does not contain gluten. For those who are wondering what gluten is, it’s a type of protein complex which is primarily found in wheat, barley, rye and triticale. Gluten free foods are prescribed for individuals that are undergoing treatment for celiac disease. Celiac disease is also widely known as gluten intolerance which is a genetic disorder found in at least 1 among 133 people in America. Symptoms of this disease can range from weight loss, diarrhea and malnutrition and is generally found to attack people in European countries. People who are allergic to gluten are advised to exclude grains from their diet. Certain grains and sources of starch are considered as gluten free food and the most commonly used grains and source of starch are rice, corn, tapicol, arrowroot, millet, sorghum, Chia seed, yam and potatoes, amaranth, taro, lapin etc. Soybean, nut flours and other types of beans are used in various gluten free products to add fiber and protein to the diet.

How does Gluten Affect You?

As already said, those with specific medical conditions must avoid food with high percentage of gluten. But many others who are not suffering from celiac disease have given up the practice of eating food that contains gluten. Only those people that are undergoing medical treatment for celiac disease should avoid gluten containing diet because in such people gluten causes white blood cells in the small intestine to attack on the villi. Villi are microscopic fingerlike projections on the walls of the intestine that assist in digestion and absorb necessary nutrients.

Most people are convinced that they would build a better health when they stay away from gluten. Here are a few things to convince one of the same:

The market for gluten free foods has significantly risen in recent years, with estimation that almost one in every five adult consumer now buys gluten free foods. However, people who give up on gluten may lose weight because they are not able to fulfill the requirement by other nutrients. It limits the number of foods one can eat and also cuts out desserts and street foods.