6 Sites To See While You Are In The UK 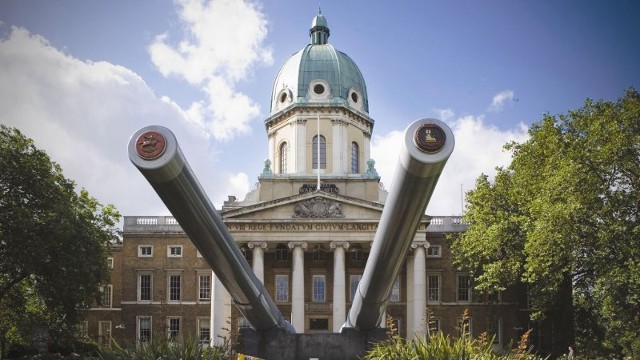 If you’re planning a visit to the United Kingdom soon, be sure to visit these 6 sites to see while you are in the UK. Seeing the wonders of British civilization is a fun and rewarding way to spend your time abroad. England is a beautiful country with many fascinating sites. British culture extends countless centuries into the past. As gorgeous as the whole country truly is, we cordially invite you to see the best England has to offer.

The Imperial War Museum in London is an awe-inspiring testament to the power of the war technology of the twentieth and twenty-first centuries. Under construction as of this writing, it will reopen on 19 July 2014 with a new World War I exhibit, including a Mark V tank and a Sopwith Camel biplane. The museum will also feature a collection of British paintings, prints, sculptures, and drawings from World War I, the first of its kind in the century since the war.

There are Some Things You Have to See

A site that’s hard to miss is the Shard, an 87-storey skyscraper. It is a massive, tapering tower with a beautiful veneer of glass. This wonderful work of architecture is fairly new, having been completed only in 2012. The building’s observation deck is open to the public, allowing for an amazing view of the surrounding city.

A third is Buckingham Palace, London’s official residence and workplace of the British Crown. Queen Victoria was the first to live in the palace. The palace has endured through two world wars. It escaped the first war unscathed, but the second war led to the destruction of the palace chapel. Queen’s Gallery is now in place of the chapel. It exhibits art from the Royal Collection and is open to the public.

Westminster Abbey is a Gothic church, and a traditional place of coronation and burial of monarchs. Originally completed around 1090, the current church is almost eight hundred years old. It is filled with gorgeous art. The stained glass provides a stunning light display within.

Who Could Forget About Big Ben?

The nearby Big Ben always impresses. Big Ben is a large clock tower extending from the Palace of Westminster in London. Big Ben was completed in 1858, and is one of the largest clock towers in the world. The name “Big Ben” actually refers to its Great Bell, which chimes the hours.

The last of these 6 sites to see while you are in the UK is Stonehenge. Stonehenge is a circle of standing stones in Earthworks, raised between 3000 and 2000 BC. Archaeological evidence suggests that it was used as a burial ground, and it is an absolutely beautiful work of human hands.

The United Kingdom is an absolutely fascinating place with centuries of culture and tradition. Over its many years as a world power, England has gathered some of the finest in art and historical artifacts. Book your trip, grab a nice holiday cottage and don’t miss these 6 sites to see while you are in the UK!