CoQ10 Is A Powerful Antioxidant 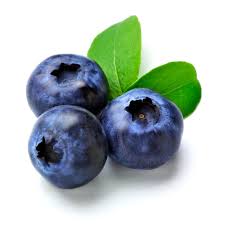 CoQ10 supplementation is catching on with consumers for its’ perceived health benefits. CoQ10 believers think that Co enzyme 10 has a positive impact on heart failure, cancer, muscular dystrophy, and even periodontal disease. CoQ10 is present in all cells of the human body naturally but can also be boosted through supplementation. Some people use CoQ10 to lower effects from certain medications that negatively impact their muscles and heart. CoQ10 supplements are now offered by most supplement suppliers due to an increase in demand in recent years.

Taking a CoQ10 supplement helps reduce the effect of oxidation caused by free radicals. Like all supplements and traditional medicine, taking CoQ10 may have side effects. Supplements can trigger allergies or disagree with medicine you are on. People who are looking to boost the support of other antioxidants use coq10. Free radicals play havoc on the human body. CoQ10 limits the devastation caused by free radicals, especially for people who are ageing. Other supporters of Co enzyme Q10 point to the special role that this vitamin-like substance plays in cardiovascular health. CoQ10 protects LDL, or ‘bad cholesterol’ from oxidation. LDL is often associated with an increased risk of heart attacks. Ageing reduces the levels of CoQ10, which peaks for a person by age twenty. By the time a person reaches eighty, they actually have lower levels of Co enzyme Q10 than they did when they were a baby.

The body does not always produce enough CoQ10 from a normal diet. Vegetarians have higher sources of CoQ10 than meat eaters, which may point to the advantages of eating a plant-based diet. Supplementation can guarantee a higher supply of CoQ10 than food alone can offer. For this reason, a consumer who feels they can benefit from supplements tends to order a consistent supply. Natural CoQ10 production decreases with age. For this reason supplementation improves skin quality by reducing skin roughness and fine wrinkles. The jury is still out on some of the various health claims about this particular supplement. This is a very natural occurrence. Finding two parties that agree on all health claims for any compound is nearly impossible. Going by anecdotal evidence is encouraging. Certainly anyone who has reduced levels of this enzyme will benefit from taking a supplement.

Exploring the idea of taking CoQ10 supplements is worthwhile for most people over thirty. No one can argue that age reduces the levels of this enzyme. Supplementation is one way to increase levels. Following this logic supplement with CoQ10 could reduce some of the unpleasant effects of aging. Securing a supplier of CoQ10 supplements is easy. Make sure they only offer the highest quality product and offer additional benefits for ordering. CoQ10 supplements are now popular and available from many sources. Supplements are an alternative to many of the prescription-based medicines that are used by nearly everyone. If they can help it makes sense to use them to their full advantage.