4 Most Bizarre In Flight Medical Emergencies Ever! 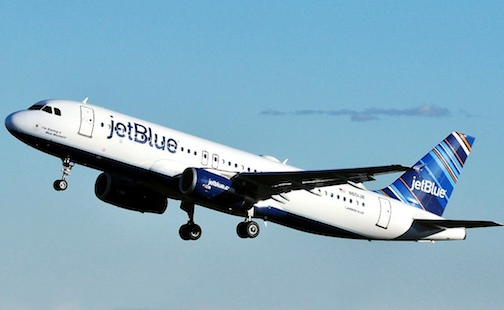 Out of every 600 commercial flights only one experiences a medical emergency. That said however there is a reason why airplanes carry AED machines (automated external defibrillator). If there weren’t a history of there being a need for such machines on board certainly, with the limited space that airplanes have, they wouldn’t be carrying it and the flight attendants would not be trained in its use. Heart attacks are a relatively common occurrence, as far as health emergencies go both in the air and on the ground. But what are some of the more uncommon medical emergencies that have unfolded in the wild blue yonder?

It’s one thing when a passenger has a medical emergency, but who expects the pilot to have that kind of problem? In March of 2012 a Captain piloting a JetBlue airliner began raving like, for all intents and purposes, a maniac shortly after take off from JFK airport. Quick thinking and quick acting by the copilot and flight crew defused what could have been a horrific, disastrous event after locking the pilot out of the cockpit and holding him down until the plane could be landed safely. A ‘brief psychotic disorder’ was the medical diagnosis shortly, after a court trial of the former captain.

Humans of course aren’t the only people who so have medical emergencies as was the case when one woman, traveling with two of her cats, drugged them with what was apparently too much calming medication. A shout out for a veterinarian produced no results and eventually an anesthesiologist answered the panicked call for assistance. Sadly only one of the cats was not breathing, by the time the he could assist. He was however able to save the other cat, with a makeshift breathing tube.

One person feeling sick on a flight is bad enough, but what happens when passenger, after passenger, after passenger starts complaining of nausea and vomiting due to a strange smell permeating the inside of the plane? This was the case on a Rome-bound US Airways plane, in 2012. The panic didn’t really set in until several of the crew started reacting the same way. The plane was then diverted and those suffering from the previously mentioned symptoms were transported to a hospital. The cause of the odoriferous culprit? Still undetermined.

#1 What Was In The Formula?

And, from the ‘Stuff’ Happens File, another odoriferous perpetrator ended up not only making passengers sick, but forcing an emergency landing on a Brisbane bound Qantas airliner, again in 2012, but this time the cause was located after a thorough search. The culprit? A discarded dirty diaper!

It’s really not that astounding that medical emergencies happen, on planes. The stress of flying/traveling on your body is undeniable. You carry heavy luggage, you’re usually in a hurry, you’re probably excited or nervous, and of course there is always the addition of alcohol and time zone changes. Sometimes all you really need is just to breathe deeply and relax. (Unless of course you have a chronic breathing problem, in which case you may need some assistance.) The people at BoostOxygen.com makers of canned oxygen can be praised for assisting people, with breathing problems, when these (and other) people forget their medication or oxygen. Thankfully, this product comes in 4 ounce cans, which will pass through security, with its much stricter post-9/11 regulations, rules and laws. Just a little something to keep in mind, for that carry-on bag. You never know when someone’s going to need a hit of 95% pure oxygen – especially if there’s a stinky baby onboard.