The Wonders of Nature: 6 Truly Surrealistic Sights in the USA 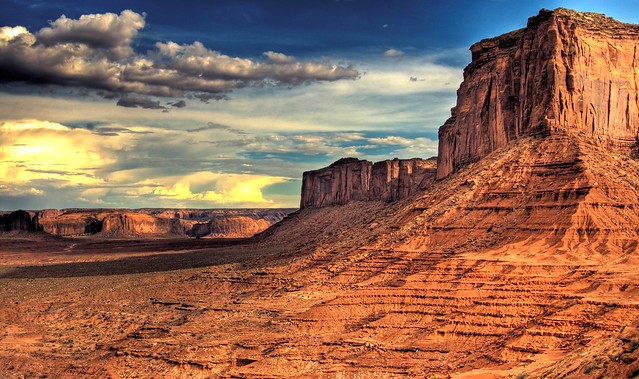 America is rich in a huge number of sights, especially those that were created by nature. The biggest trees and the highest waterfalls, giant canyons and gorgeous rocky massifs, thermal springs, salt lakes, as well as more than two dozen national parks are ready to impress your eyes.

However, among them there are very unique places that every traveler wishes to see. Such natural attractions can’t be found anywhere else except in the US, so don’t miss the opportunity to check them on you next trip. You will probably need to pick up AVR car rental, as they are all hidden from the crowds of tourists and are not accessed by public transport… 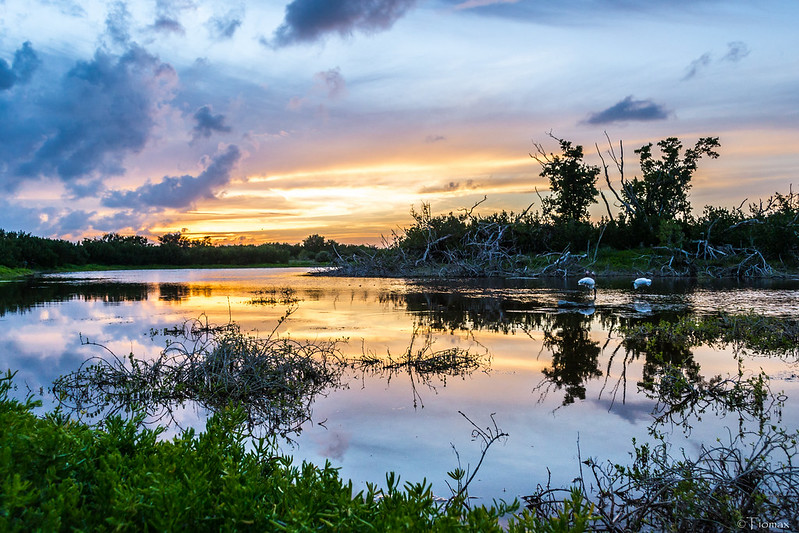 Covering the area of ​​6,070 square kilometers, Everglades is an American national park created in Florida in 1947. Someone might think that this is just a wetland and there’s nothing interesting in the swamps, but it’s mistakenly because Everglades Park is a unique place where you can see Florida panthers. This kind of panther has rapidly decreased over the past 40 years and can completely disappear.

On a rainy day, you can explore the park by canoeing or aero-boating. However, be careful, since American alligators, manatees and pythons live there. In general, about 700 land and aquatic vertebrates, more than 300 bird species, about 300 fish species and more than 20 snake species inhabit the park.

In 1979, Everglades National Park was included into three lists, one of which is a UNESCO World Heritage List. 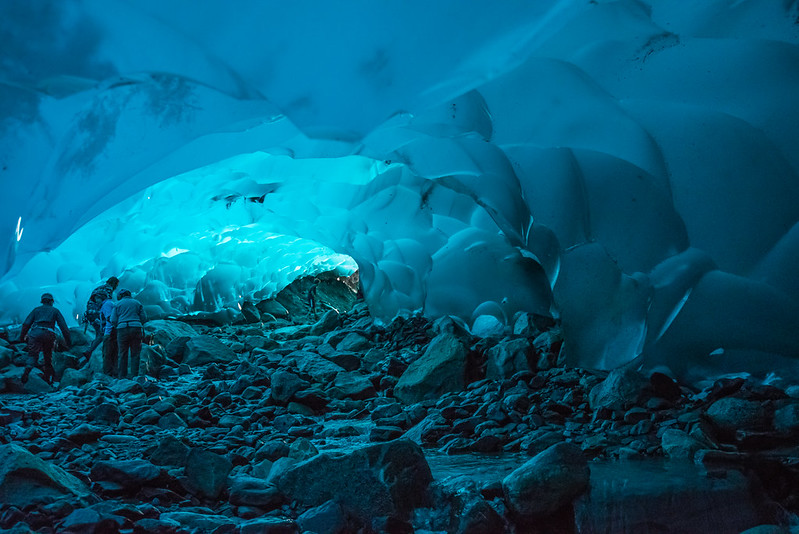 Mendenhall is a huge, nineteen-kilometer-long glacier formed near the city of Juneau and got its name by the name of the famous physicist T. Mendenhall. The caves are located directly inside the glacier.

This place is the most visited among photographers, because pictures taken in one of the glacial caves will amaze you with their uniqueness for many years. Don’t miss the moment to see the Mendenhall Glacier with your own eyes, because it decreases from year to year for reasons of global warming. The history of the formation of Crater Lake is extremely frightening and alluring at the same time, because it appeared due to the eruption of the volcano Mount Mazama about 7 thousand years ago. The caldera, which arose after the explosion, gradually began to accumulate water, which then completely filled the deepest lake in America.

Crater’s depth is impressive and is 592 meters. It’s better to visit this lake in the summer, but winter walks are also interesting. However, only under favorable weather conditions will you be able to find out in the water the ‘Old Man of the Lake‘. The ‘Old Man of the Lake’ is a huge stump, which has been drifting throughout Lake Crater for hundreds of years. Also, this place is especially suitable for cycling and trekking. 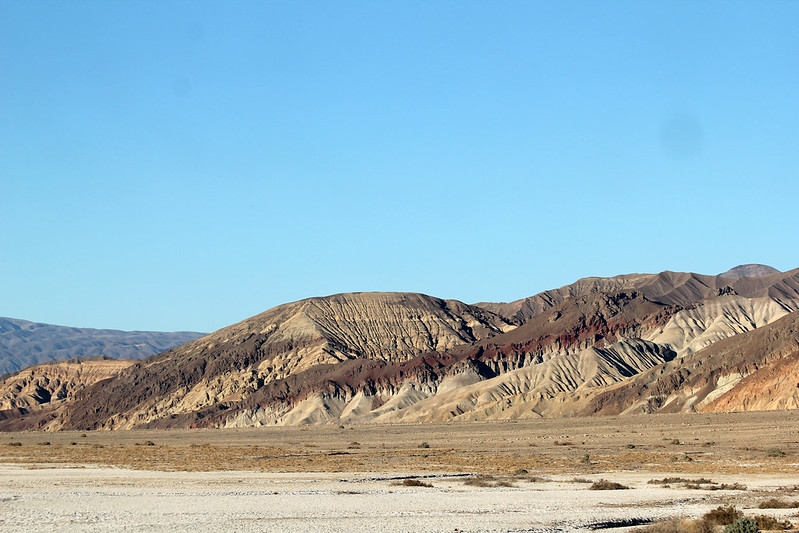 Death Valley is the place opposite the ice caves of Mendenhall – with the record temperature of +57°C this is one of the devilishly hot and lifeless territories on the entire planet.

Death Valley owes its birth to the crust fracture, which was later filled with soil. That’s why the whole nature creation is located 88 meters below sea level. In the cooler months, the Full Moon festival is held there. Tourists, as if spellbound, take a look at how Death Valley is painted with light in different color shades at different time intervals.

In the western region of the United States in Utah there’s a natural arch, called the Rainbow Bridge in honor of its shape. Scientists explain its formation by the course of time and the action of the wind, during which the sandstone of the bridge seemed to merge with each other and formed one of the most durable natural structures.

The rainbow bridge is rather large in size – its length is 88 meters. Usually, travelers are allowed to watch and marvel at the beauty of the bridge only from the observation deck. However, you have a chance to get permission from the Indians of the local Navajo tribe to go along the Navajo Mountain trail, where you will discover numerous other natural formations.

In addition to visiting the Rainbow Bridge, you should also look at Lake Powell. Powell is an artificially created reservoir on the Colorado River, located at the junction of two states – Utah and Arizona. Tourists are usually recommended to explore these attractions on a houseboat, which is quite easy to rent in nearby companies. Those who decide to rent the houseboat will sail along more than 3 thousand kilometers along the Powell coastline. 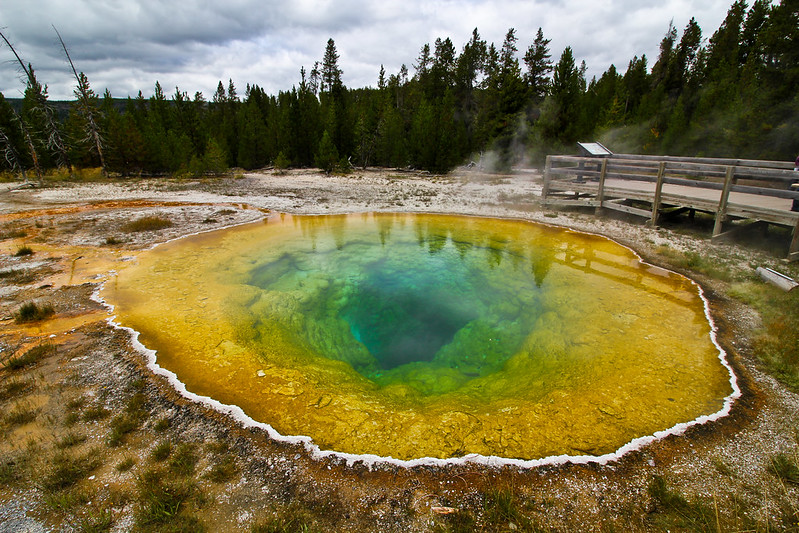 On the territory of Wyoming, in the huge Yellowstone Park, there’s an unusual lake, which simply fascinates tourists with its surrealistic view. This amazing place is called the Morning Glory Lake and it’s unique because periodically changes color like a chameleon. From time to time it becomes purple, turquoise, or it can become green with an orange tinge around. It looks extraordinarily beautiful.

Despite its small size, the lake has an impressive depth of more than 2,220 meters. This is one of the best attractions of Yellowstone Park, to which a huge number of tourists come.

So why does the Morning Glory Lake change color? This is explained by the fact that a huge number of different bacteria live in the lake, which change the color of the lake depending on mood and temperature. During earthquakes or eruptions of nearby volcanoes, the lake boils like a geyser, and sometimes explodes. True, it happens very rarely.