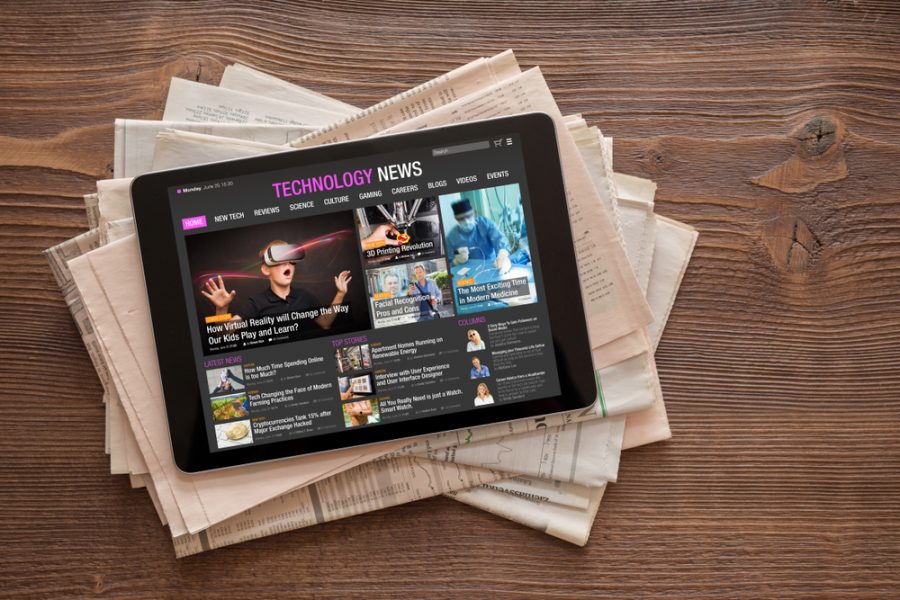 A magazine is issued periodically, usually bound in a paper cover, and typically contains essays, stories, poems, etc., by many writers, and often photographs and drawings, frequently specializing in a particular subject or area, as hobbies, news, or sports.

The most important reason to why digital magazines are preferred is that we spend a lot of our time online. Digital publications make it simpler for us to save our favorite articles, share them, make a community, and discuss online.

Authors can sell a variety of well-placed spaces or advertise their own services or products. Not only can they use digital features to create interactive ads, but they also better target their audience, resulting in better conversions and increased sales.

Editing text in a print magazine is nothing less than a nightmare. Once the copies are printed, it becomes impossible to modify anything. But it is vice versa in digital magazines.

Last, but not least, digital magazines play a big role in the fight against paper waste and deforestation. In a world facing major climate and resource crises, every effort to reduce wastefulness is important.

The transitional advancement from traditional to the modern digitalized epoch has proved that the change is the only constant. In the fast pace of the 21st century, technology and humans have emerged as the digital companions in every facet of human life. Digitalization has left its indelible imprints worldwide ranging from the advancement in the field of education, print media, social media, economy, transactions, mass media etc. To further add laurels to the legacy of advancing digitalization in the literary field encompasses the efforts of the digital magazine “WEAVER” which has emerged as a bestowed opportunity for the young enthusiastic and inquisitive minds across the globe. Digitalization is the song of reality and WEAVER endeavors to suture the threads of reality to yearn a paradigm of digitalized writing platform.

WEAVER digital magazine weaves the threads of thoughts, imagination, and expression on a digital platform fabricating the warps and wefts of 3A’s, namely Accessibility, Affordability, and Availability to the masses. Like a fabric is a mélange of colorful threads, similarly, WEAVER magazine is a plethora of conspicuous ideas in the form of essays, quizzes, poems, articles, etc. It not only provides a chance to explore new ideas but mentors the path to enlighten the spirit by presenting the testimonials of the outstanding works. Just a click away dwells the young aspirer’s hermit of passionate writing to accomplish through the digital platforms. It is easy to use and handle, time and paper saving, and most importantly, portrays the adepts at one’s own pace with favorable circumstances. Additionally, it allows global interaction, and social media conducts fair feedback to attain the impeccable flair in writing.

The advent of the digital magazines is, therefore, a boon for the youth to present the visualized imaginative ideas through the innovative use of technology by adding audio-visual effects to attract and advance a piece of work. Furthermore, these creative skills and works will remain with us for the lifetime as a souvenir on the online platform to access it freely at any phase of life negotiating the physical, psychological, geographical boundaries. Thus, digitalization enhances the aesthetic sense of reading and writing whose font style, color, images, audio, animation enthrall human’s eye and engage a larger audience with deeper retention of thoughts in mind.

Hence, WEAVER digital magazine weaves the creative dreams of young emerging writers by nurturing their strings of colorful threads, emancipating their millennial thoughts and point of view, and conceal them in the world of paradise weaving imagination into reality.