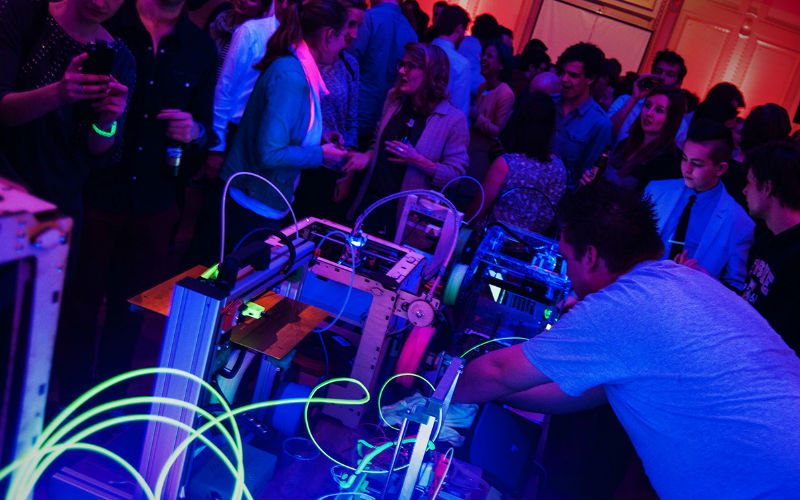 Crowdfunding is how a lot of great projects, from tech to arts to education and more, get the money they need to get off the ground. Among entrepreneurs today, one of the most popular crowdfunding sites is Indiegogo. All you need is a great idea and strong promotion to meet your funding goal. The problem is, many entrepreneurs have the idea but lack the promotion and advocacy skills to get their campaign out to enough people and secure the funds they need. That’s where 10X Crowdfunding can help.

10X Crowdfunding is a service that promotes your Indiegogo campaign relentlessly through different social media channels to increase your exposure, optimize your campaign, and get you the results you’re after. Because of their expertise in both crowdfunding and social media, they’re able to do so much more than the average entrepreneur can do on his or her own. Plus, crowdfunding services are becoming indispensable to meeting funding goals; Indiegogo campaigns in 2014, for example, were four times more likely to meet their goal if they enlisted the assistance of an experienced service like 10X Crowdfunding. This same study revealed that 48% of respondents said that a service like 10X Crowdfunding was “crucial” to their success, and an impressive 82% called 10X Crowdfunding a “huge factor” in the funding of their campaigns.

There are other companies that offer services similar to those of 10X Crowdfunding, of course. They do things like public relations boosting and marketing on social media channels like Facebook and Twitter. However, 10X Crowdfunding is consistently the preferred promotion service on Indiegogo because they get results quickly, typically in just ten days.

But what makes 10X Crowdfunding different from the competition? Simply put, it’s their extensive knowledge of the Indiegogo platform and how successful campaigns are funded. 10 Crowdfunding understands that the native Indiegogo audience is where more than half of project funding comes from — about twice that as projects on Kickstarter. This is valuable information that 10X Crowdfunding uses to promote their clients so that they meet their goals. While other crowdfunding promotion services try to reach out to as many potential funders as they possibly can, 10X Crowdfunding is more efficient in their methods: they specifically target individuals who are known to support Indiegogo campaigns. This approach allows them to maximize their efforts and get clients the results they want in a very short period of time.

Could your Indiegogo campaign benefit from the services of 10X Crowdfunding? If you’re trying to pull in a large sum of money to get your idea going, then it’s likely that they will be able to help. However, 10X Crowdfunding is not automatically for everyone trying to raise money on Indiegogo. For example, some project creators use Indiegogo simply as a convenient means to secure a small amount of money (say, one or two thousand dollars) from family and friends. Other entrepreneurs may discover that the loyal Indiegogo audience is already backing their project, but they’d like to find some other contributors from outside the platform; these individuals may benefit from a more general crowdfunding PR service.

Still, thousands of Indiegogo campaigns every year meet their goals thanks to the expertise of 10X Crowdfunding. And, with more and more crowdfunding projects being added to the mix everyday, the promotional services of a company like 10X Crowdfunding will only become more important in getting your campaign to stand out from the rest. If you’ve got an Indiegogo campaign on your horizon, check out what 10X Crowdfunding can do to ensure you get the funding you need. Call them today so you can discuss your specific project and needs. They’ll make sure they can get you where you want to be, and they’ll create a promotion to do just that. The expert team at 10X Crowdfunding is waiting to hear from you! Learn more by going online to see 10XCrowdfunding.com reviews and get started today!