Traveling is one of the most important and adventurous time of every student’s life. A student shares his entire day with his classmates in which they eat, they laugh, they share the rooms and travel together after working hard for their exams and facing all the toil to get best writing. A school trip or the college trip has always been one of the most exciting journeys of everyone’s life. Some students possess the passion for adventure and traveling so much that they even start reading traveling books to keep up their hunger of fun and voyage. For such students, I am writing this blog in which they will find the information about the top travel books so that every student who has the passion of traveling can read these books while on the roads or in the sea.

A Short Walk In The Hindu Kush:

On The Road is a masterpiece of Jack Kerouac. For some book critics, this book is the best-known travel story of all time. On The Road is about the journey of two “beats” Sal Paradise and Dean Moriarty whose journey begins from the west of the New York City to across the country. This novel was published in 1957, and the story is based on the incidents of 1950 with these two “beats” who traveled across the country to fulfill their quest for unlimited fun. There is a famous line about this book from one of the famous book critic of the 19th century which is “it is not about where they two ends up, it’s about the journey that gets them there.” 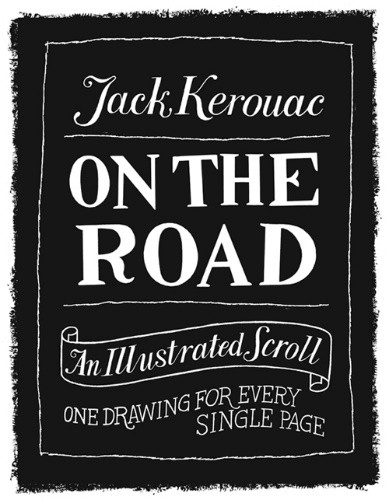 If you love to travel in train, then this book is best for you. The Great Railway Bazaar published in 1975 based on the world biggest railway system of that time which was London to Southeast Asia. In this book, the author Paul Theroux explained this unique and one of the longest train journey. His journey begins from the London and across Europe, Middle East, India and end the tour in the South East Asia. In this long journey, he almost rides on every train that includes Orient Express to the Trans-Siberian Express. Despite selling 1.5 million copies of The Great Railway Bazaar in 1975, Paul didn’t get enough fame in the countries which he crossed and mentioned in his book. However, in 2006, he also published another book with the name of Ghost Train to the Eastern Star. In this book, he traveled the same places by taking the same routes and focused on how the things have changed in just 30 years.

This is a traveling book with the touch of emotion and mystery. This book is based on the adventures of Jon Krakauer who traced the steps of Chris McCandless to know the reasons of his mysterious death. Chris was a traveler who decided to travel on his own from Virginia to Alaska without any of the resources that many travelers use while traveling. It is a 9,000-word article and was published in 1996 in the non-fiction genre.

Ernest Hemingway is one of the most renowned travel book writers and The Sun Also Rises is the masterpiece of his. This book around the lost generation of the post-world war 1, their disillusionments and angst. This is the book in which the characters Jake Barnes and Lady Brett Ashley made Ernest one of the best book writers of the era. In this book, you will find that how a flamboyant and a helpless character traveled from the nightlife of Paris in 1920 to the bullfighting rings of Spain. This book was first published in 1926 and became the reason to make Ernest Hemingway as one of the greatest writers of the 20th century.

The Geography of Bliss:

This is a book which raised the question “what makes people happy?” The author of the book Eric Weiner was a foreign correspondent reporter in the countries like Iraq, Afghanistan and Indonesia. This book is about the psychologies and emotions of different countries like America, Iceland like stable states and the unstable countries that I mentioned above. This book will tell you that how you also can judge people by custom coursework writing and the natural attitude of the countries that you had or going to travel in future. 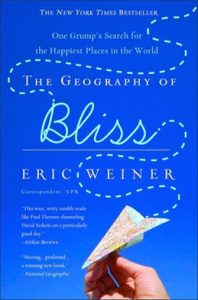 Fear And Loathing In Las Vegas:

This book is about a savage journey of Hunter S. Thompson that he made to Las Vegas. In this book, he purely depicted the life of Sin City and the times of drug-soaked, addle-brained and rollicked good periods of the Las Vegas. A student who is fascinating to experience the night lives of different places, then this book is perfect for him to know about the night lives of Las Vegas in the late 90’s.

Eat, Pray, Love by Elizabeth Gilbert is beyond a travel book because this book is about searching of their own best selves. This book touched the heart of the world and changed countless lives in it. This book inspired and empowered millions of its readers to find their inner selves and build the self-esteems which were broken because of various reasons. This book was published on 30th January 2007 and won Puddly Award for Nonfiction Books in 2008. Now this book on its 10th anniversary is back in the market with the complete updated information to inspire this generation again.

As the name suggest, this book is written on the beautiful city of the Venice. This book by the Jan Morris is acclaimed as the finest book written on the Venice city. This book depicts the view of an author who visited this city in the times of World War 2. In this book, Morris explored almost every part of this city. From architecture to its citizen, tourist spots to the residential areas, Morris explained everything about this city so beautifully in this book that the reader will fall in love with the Venice City. This book was first published in 1960 and then republished in 1993.

Notes From A Small Island:

From the author of the bestselling books like The Mother Tongue, Made in America and A Walk in the Woods, Notes from a Small Island is another classical piece of writing from Bill Bryson. Notes from a Small Island is a book that focuses on the farewell trip of Bill Bryson through England where he did a lot of fun. He mentioned some of the most bizarre places of the England and his feeling of leaving England in very beautiful words. Before leaving Britain, Bill decided to take a tour of the England one last time and pen down it in a social commentary based on the glory of Britain in his own style of satiric and unapologetic. This book was first published in 1995 and has 334 pages of journey.

It took five years to Wilfred Thesiger to write his book, Arabian Sands. Thesiger was the man who took a risk to spend five years in the Arabian countries when there was nothing but sands, camels and barbarian tribes. He traveled the Arabian countries in 1959 with the tribes who never seen Europe and used to consider killing a Christian infidel as their duty. He ate, slept and walked among such tribes and recorded everything about them in his book Arabian Sands. After spending five years in fatal conditions, he published his book in 1959.

The Shadow of the Sun:

This book is by the first African correspondent for Poland’s state newspaper Ryszard Kapuscinski who was a person who documented the end of colonial rule in Africa by experiencing it firsthand. To document it, he traveled across the Africa continent including Ghana, Rwanda, Nigeria and the desert of Sahara. To get the transformation of the Africa, he battled from all the hardships of the Africa like living in the slums, fighting malaria and witnessing the genocide from his eyes. Although this book revolves around the bloody revolution in the Africa, he beautifully managed to depict the vibrant and frequently joyous montages of African people, the blended cultures of Africa and his encounters with dozens of African tribes. This book was first published in 1998 and then republished in 2002.

If you have the curiosity of what it feels like to drop everything and travel the world, this book will just increase it more. With the extended title of “An uncommon guide to the art of long-term world travel” Rolf Potts achieved his dream of extensive overseas traveling while only armed with independent spirits. Vagabonding is not a book but a guide that will tell you the things that you need to start a never ending journey of adventure, fun and excitement.

Author Bio: Dominic Lester is a teacher by profession but is also a tech nerd. He has been in the teaching profession for long and has seen the ways education has transformed from traditional to more computerized methods. You can follow him for updates on his social media channels.