Tobacco Control In West Bengal: Why The Future Looks Safer? 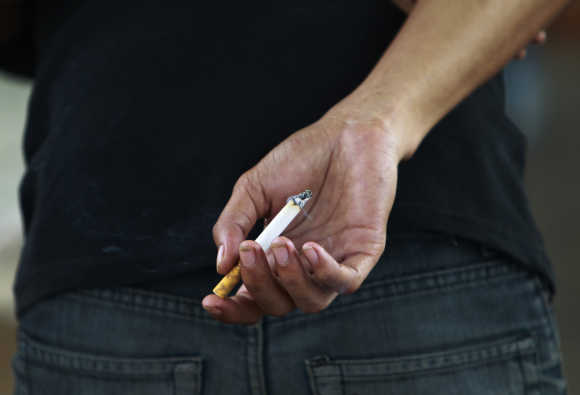 Undoubtedly, tobacco is one of the leading preventable causes of death in the world. According to the International Tobacco Control Project (ITCP), tobacco intake causes around one million deaths every year in India alone. The World Health Organization (WHO) has recently revealed a more alarming figure, which shows that 9.6 percent of minors in India have access to tobacco products. Although the country has implemented numerous smoke-free and anti-tobacco laws over the past few years, death toll in India will rise up to 15 million a year by 2020 if consumers are not persuaded to kick the butt soon. Based on the Global Adult Tobacco Survey (GATS) in 2010, tobacco control in West Bengal didn’t show bright prospects, until recently. Approximately 36.3 percent of the population of the state (around 2.5 crore) were consuming tobacco in some form or the other.

Recently, however, West Bengal started taking serious steps to change this drastic scenario. On World No Tobacco Day (May 31), this year, the Indian Dental Association (IDA) along with Narayana Superspeciality Hospital, Howrah expressed a desire to launch a sustained awareness campaign that will focus on educating consumers about oral illnesses caused by tobacco. IDA has already submitted a missive to the West Bengal state government, vividly stating the effects of the tobacco epidemic. In the memorandum, the organization also suggested the state government to become proactive in implementing stricter anti-tobacco laws as soon as possible.

The State Secretary of IDA, Raju Biswas states, “Statistics have shown that every cigarette smoked would reduce one’s lifespan by 11 minutes. As there is a gap of several years between when people start using tobacco and when their health suffers, consumers don’t take this threat as seriously as they should. And that’s where the problem lies.” Along with bidis and cigarettes, chewing of smokeless tobacco products such as khaini and gutkha further increases the risk of oral cancer in this state. With the awareness campaign coming into the picture, tobacco control in West Bengal is estimated to see a brighter future. According to Rakesh Verma, the facility director of Narayana Superspeciality Hospital, “The awareness campaign will include regular health talks, check-up camps and suggestions provided to the state government – everything done to ensure that the message about the risks of tobacco is communicated to all.”

West Bengal Voluntary Health Association (WBVHA) has also extended its support to fight tobacco consumption in the state. The organization has come forward to actively participate in the tobacco control program. Seminars are being frequently held in the presence of ministry officials, NGO representatives, social activists, and media personnel. The objectives of the tobacco control program undertaken by WBVHA include the following actions:

The Consultant Radiation Oncologist at Narayana Superspecialty Hospital, Suman Mallick, feels that tobacco addiction prevalent in West Bengal is among the major causes behind the increased incidents of oral cancer in the state. However, the future looks safer due to the involvement of various organizations and participation of the state government. We can hope that the initiatives taken towards tobacco control in West Bengal will become highly successful in making its citizens aware of the fatal effects of tobacco.