How To Hunt Gold With Metal Detectors? 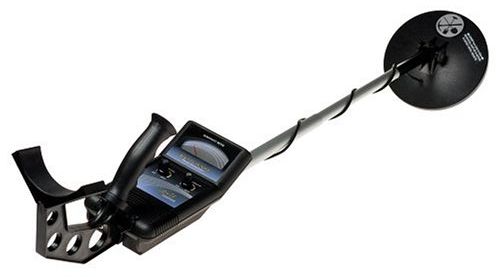 Although gold hunting is unlikely to get us rich, it is a fairly exciting hobby. Old-time prospectors simply used their pans when prospecting, but we now have metal detectors and other equipments. With this new tool, we should be able to find some small pieces of gold that has been overlooked. A metal detector is an electronic tool that can sense a metallic object hidden under the surface. Gold is a metal and we should be able to find it, if we are in the right area. Gold hunting is an interesting hobby and it is growing quite fast around the world.

It should be noted that metal detector will detect all kinds of metals and it won’t be able to differentiate between a gold ring and a rusty iron nail. However, there’s a method that can help us to distinguish gold and the technology will continue to improve. The biggest attraction of this hobby is the fact that the price of gold continues to increase. The price of gold is becoming higher for the long term and prospectors may actually get some amount of profit, although not too large. It should be noted that much of the gold extracted during the mining process is in the form of very small flakes and dust. A spoonful of these small gold pieces could be extracted from a truckload of dirt, which passes through a series of processing and filtering procedures.

We could find a relatively large gold nugget, but it is very rare and it would be more likely for us to find a gold ring on the beach. One big question is which detector is best and this is certainly not a simple question to answer. The type of detector we choose could depend on our budget and what we want to o with our detector. If we don’t only want to detect gold nuggets and we are also interested in looking for old metal objects in former battlefields or historic sites, then we could choose a general purpose detector.

The depth at which a metal object can be detected may vary with shape, density and size of the object itself. We should also consider the technology of the detector and the type of soil. Metal detectors are consisted of different technologies; such as pulse induction and induction balance (VLF). Detectors based on VLF principle will have electrical energy that works as a sine wave and it will be disturbed by the presence of metallic object under the ground. Pulse induction of PI uses electrical energy that shuts off and turn on alternately to sense any metallic object.

VLF technology can sense smaller pieces of gold and when we are already proficient with it, we could determine the difference between gold and other metal. On the other hand, PI is much less sensitive to differences in metal types, but it can sense metallic objects deeper on the ground. In some cases, it may be necessary to have both kinds of detectors.