The Basic Aircraft Tugs and Their Types 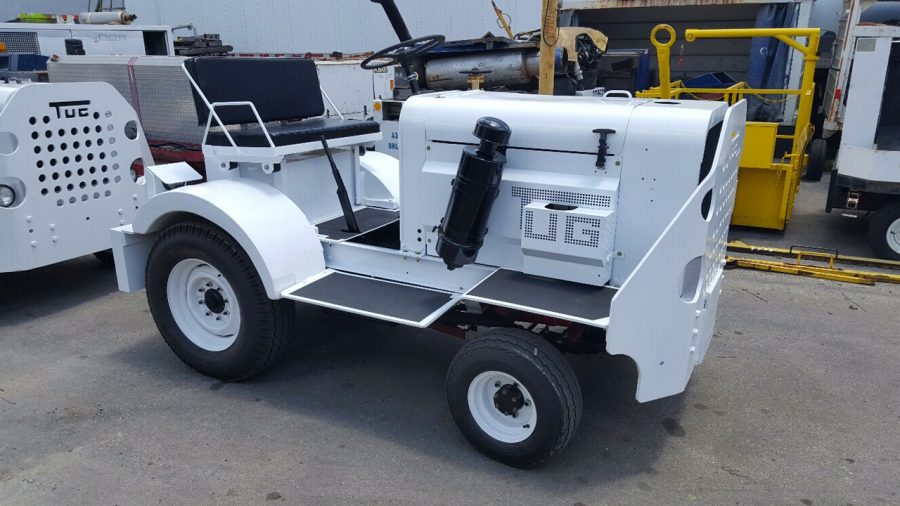 Did you know different kinds of GSE has different and highly significant usages? A significant GSE at every airport in the world, these tugs help as per their design, specifications, features and more. Their thrust helps determine their purpose. The main purpose is to easily tow aircrafts inside the hangars. Aircraft tugs are used for transporting and moving aircrafts in and out of the hanger. To help you understand this significant type of ground support equipment, here is a list of 5 Tug GSE :

This may sound unreal, but the other way to tow an airplane around could be simple push-motion that is used with a car. Ground support staff do this most of the time and make use of small or other equipment to tow the airplane in case a proper tug is not available. The force used to set the vehicle in motion is nothing compared to its actual weight. Hence a little push and pull can easily help get the job done.

This towbarless tug was introduced to reduce the dependence on towbars. These engine powered tugs are more conventional as they make it easy to push the aircraft around. The aircraft wheel is fixated on the tug. Once fitted, no adapters are required.

Remote controlled tugs are relatively new as compared to the traditional tugs that have been used in the past. In one of the studies by a Germany automotive engineering institute, it was concluded that diesel tractors used with electric tugs can be replaced with remote controlled tugs as this will help save on a lot of resources. Electric tugs have come up as both economic and ecologic.

These were some of the widely known aircraft tugs that have been widely used around airports across the globe. Each tow bar has its own features and usages depending on its specifications. Tug airport equipment has certainly evolved with time and is bringing new ground support equipment in the scene. Also making aircraft towing easier than ever.