Iraqi Economy Seen to Get Better in 2017 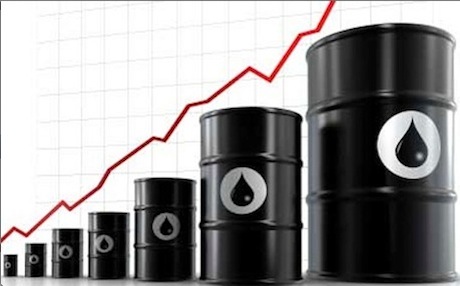 Having faced a double tragedy of an ISIS war and an oil price reduction since the year 2014, Iraq has been at some unrest for the past few years. Although Iraq has been in a non-oil economy for the last three years, this is expected to change in 2017 because of higher non-oil investments and higher security. This will cover the two biggest problems that Iraq faced in the last three years. Of course, this isn’t without risks.

The GDP of Iraq is expecting a contraction of 3% this year because of the oil price reduction and also the oil production agreement between OPEC members wherein oil production is to be reduced to 1.2 million barrels per day. This will result in lower export levels by 5%. However, oil minister Jabbar Al-Luaibi has created plans to increase oil production up to 5 million barrels daily at the last day of 2017. If Al-Luaibi reaches an agreement with the OPEC in allowing Iraq to produce the said number of barrels per day, growth will definitely be in favor for the Iraqi economy.

Fortunately, even if Al-Luaibi’s plan does not push through the oil production as well as exports,  the economy is still expected to stabilize in 2018 and in 2019. The export price of oil from Iraq is projected to be $47.4 per barrel this year as compared to its 2016 price $35.6. The higher prices in oil will result in a decrease in the country’s deficits, which occurred in the previous years.

As for improved security against the ISIS group, Iraqi military forces have already pushed for the main base of the group located in Mosul. With this, the ISIS threat in the country can be kept at bay. Aside from that, the IMF has also discussed a Stand By Agreement made last year in order to help in economic reform. The IMF suggested to the Iraqi government to increase strength in the banking sectors and to curb on government corruption. Doing all of this while also improving the overall business climate of the country.

With the economic reforms and the improvement of the business environment of the countries, Iraq aims to attract more foreign investors to invest in local businesses. This would also encourage more investors to buy iraqi currency as the value of the currency is expected to go up along with the economy. All the investments would result in long term stability for the Iraqi economy.

Overall, the projections of the Iraqi economy are quite bright and will result in an increase in growth as a whole. With more investors expected to come in and an increase in oil prices along with the plan for a higher oil production, the economy of Iraq will definitely be able to recover from their downturn that happened in the last three years. The government has also now put extra effort into curbing down attacks by ISIS members which would also contribute to the continuing growth of the country as a whole.