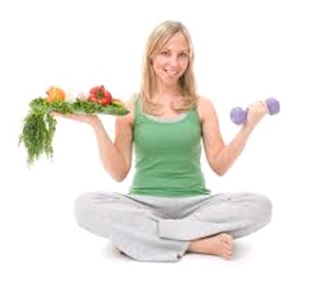 Piracetam was developed by Romanian chemist, Corneliu E. Giurgea in 1964. Piracetam was the first racetam developed and has a long history of use in the medical field. Although it has been observed to have medical benefits, it is not registered in North America and is used off label as a nootropic.

Piracetam mechanism of action is not fully understood. It is a cyclic derivative of GABA, yet GABA receptors and metabolism appear to not be affected. It is neither, a sedative or a stimulant but is known to influence cognitive ability. Piracetam is also believed to be a vasodilator and a circulatory agent but this is not believed to be its main nootropic action.

The general consensus is that Piracetam influences the AMPA and NMDA receptor sites. These receptors are very important in learning and memory processes. It is also known that it affects the Acetylcholine neurotransmitter. Overall Neurotransmission seems to be improved and this is believed to be caused by modulation of ion channels or carriers improving blood flow through the body.

Piracetam is used in some countries as a medical agent and is administered for a wide range of purposes. Its primary medical use is as a neuro-protective agent before or after stroke. It is also an anti-coagulant and anti-thrombotic agent which is often used safety in conjunction with other therapies. There have been many studies on treatment with Piracetam for neurological disorders. Many of these studies have shown positive results but not enough to approve them as treatments in the medical field. Examples are improving symptoms in Alzheimer’s and Dementia patients. It has proven to be fairly safe, with low toxicity, side effects and drug interactions.

It has been observed to be effective in increasing: cognition and memory, learning, focus and reaction times.

One benefit that has been widely reported is an increase in sensory perception. This is likely due to the Increase in the Acetylcholine neurotransmitter and receptor efficiency. Some people say Piracetam is effective as an anti-depressant agent but has not been approved as a treatment. It may have anti-anxiety and depressant benefits in some users.

Side effects occur in those who are very sensitive or consuming higher doses. Tolerance with the substance seems very low. Some common effects are:

Where to buy Pircateam Safely:

Wondering? It’s as simple from online nootropic stores, but it is important that you are wary. There are many online vendors that sell piracetam in different forms. Buy piracetam capsules and bulk piracetam powder. There are plenty of online retailers and manufacturers. It’s so much cheaper from online nootropic stores but be aware of risks associated with a bad batch. Don’t skimp on the price to find a third party certification of analysis. If you are consuming something in order to benefit your brain, it is important that you are able to get the right kind of safety.