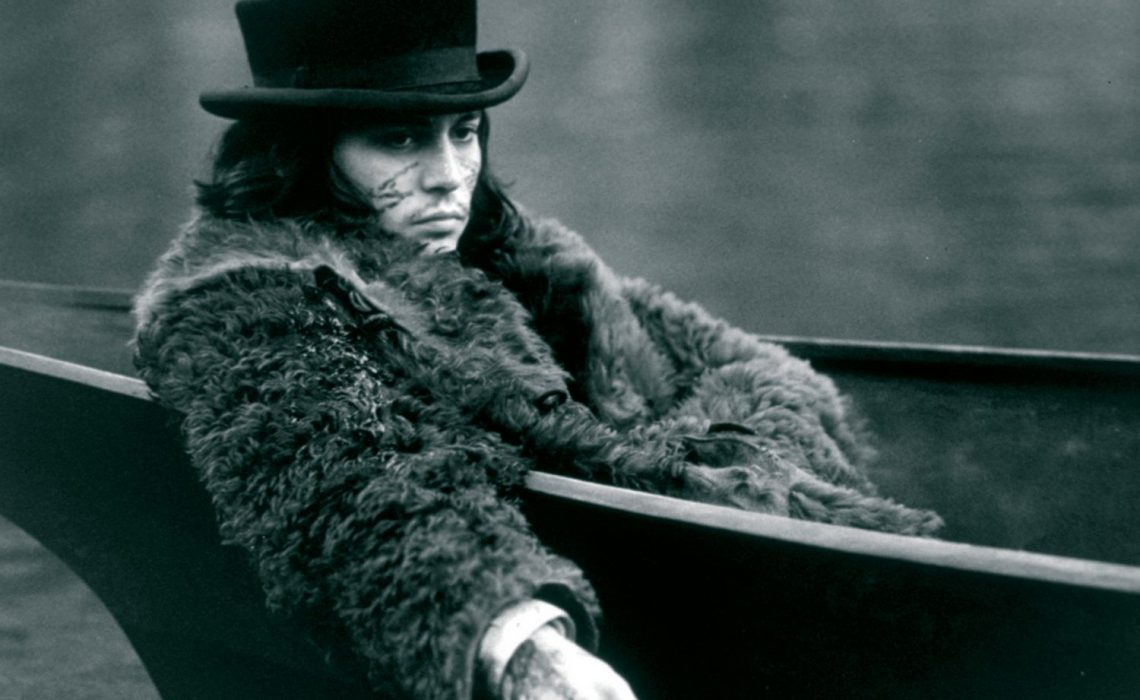 The era of 90s has been the golden period for the movie industry worldwide. The industry has seen a drastic change in the style of movies that were made. Also the period welcomed a number of new comers in terms of actors, actress, producers and directors. There were some movies during the decade that were made on a lavish scale while some other struggled with a bare minimum costing. With the entry of the new generation of actors, some producers were ready to take the risk of making a high budget luxurious movie while some others were hesitant about the same. The way the movies were made had also changed drastically as the low budget movies were even made on super 8 mm film. A super 8 mm film transfer also became easier for the production team for its ease to handle and the low costs while imparting a refined picture quality. Though the entire movie wasn’t shot on a super 8 mm film but parts of it were, hence reducing the cost of the production. Here is a list of eight movies that were produced with a constraint budget and yet made them successful on-screen. 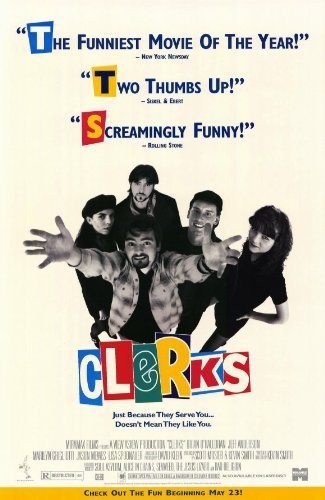 The black-and-white comedy movie Clerk stars Brian O’Halloran and Jeff Anderson as the lead actors. The movie is broken into nine scene breaks. These scene breaks signify the nine rings of hell that are mentioned as Inferno or the hell in the epic Divine Comedy written by Dante Alighieri. Hence the main character derives its name as Dante. The movie revolves around one particular day in the life of these two men who are clerks in the adjacent stores and apparently best friends too. Dante is called up to the store on an off-day to cover up his ill colleague and finds the shutter jammed and sticks in a sign of being open. The rest of the story is about the conversations between two men, Dante’s life with his two girlfriends and all other miscellaneous things that combine together including his best friend screwing his entire life in a span of a day’s time. The movie gave a kick start to Kevin Smith’s career who was the writer and director of the movie.

The dark comedy packed in an action movie, Pulp Fiction is one of the greatest movies of all times. Setting a high standard for the movies that came after it on the same genre, Pulp Fiction is a mix of a well-defined crime stories and cheesiness that was well ahead of its time. The story revolves around intersecting plots of mobsters from Los Angeles, small-time criminals, fringe players and an anonymous briefcase and how the life revolves around the same. The movie is known for its ironic humor, diverse dialogs, violence, pop-culture, an out-of-the-box storyline and climatic twists and turns. The movie has won a number of awards and also has been nominated for various including the Oscars and has been an all-time hit and a classic as well as role model to the genre. 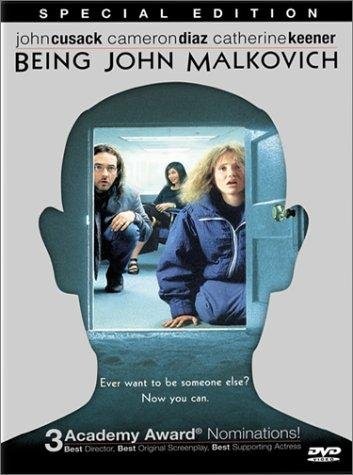 The romantic comedy that is a mix of romance and fantasy, Being John Malkovich is another movie that made was made on a low budget yet had witnessed a huge success. The movie is about a not-so-famous unemployed puppeteer who is married to a pet-obsessed woman. The puppeteer picks up a job as a clerk and finds a portal to enter the mind of actor John Malkovich. While being a clerk he develops feelings for a co-worker who seemingly is uninterested in him. After finding this portal and revealing about it to his wife the guy leads up in to a lot of hilarious troubles as the movie moves and takes unexpected turns. The movie was nominated for three categories for Academy Awards in 1999. 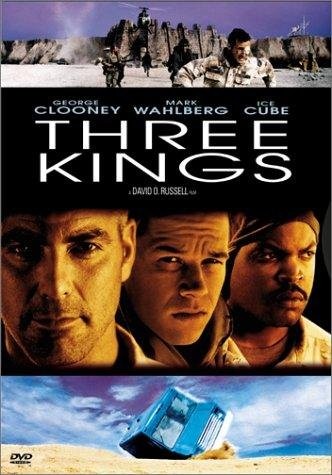 Three Kings is a war-comedy based on a heist of gold during the Iraqi insurrection in 1991 that was against Saddam Hussein which finally ended up Persian Gulf War. The film stars George Clooney, Ice Cube, Spike Jonze, and Mark Wahlberg. It is about how a treasure map that holds the treasures of gold and gets three officers to figure out the map and to plan stealing it without telling their seniors. The twists and turns of the movie ensure the audience being glued to the seat. The movie is known for its realistic techniques of direction as it took the unconventional ways to film the movie. 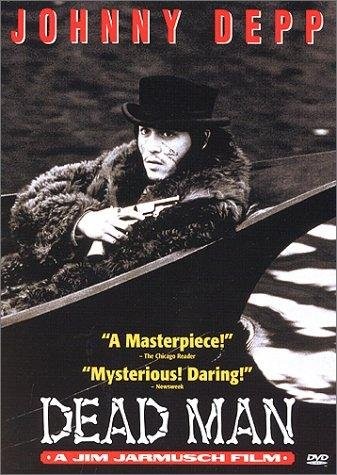 Getting the title of a Cult Movie, Dead Man features Johnny Depp, John Hurt, Gary Farmer, Lance Henriksen, Billy Bob Thornton, Iggy Pop, Crispin Glover, Gabriel Byrne, Michael Wincott, and Robert Mitchum. The movie is known for being postmodern for its time and the writing style has an extreme edge of modernity. Written and directed by Jim Jarmusch, Dead Man is a cultural allusion quoting verses from the poetry of William Blake. Apart from being well researched the movie also had references to the present Native American Culture. It also successfully entered the 1995 Cannes Film Festival. 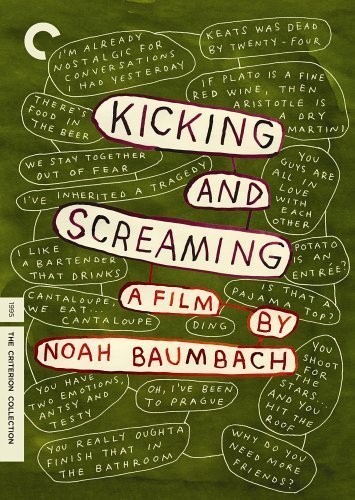 Starring Josh Hamilton, Carlos Jacott and Chris Eigeman, Kicking and Screaming is written and directed by Noah Baumbach. The movie is about a group of graduates to refuse to move on in their lives after college and want to stay within the college boundaries. The movie talks about how each of the members of the group takes his own direction and has his own way to not to deal with the reality. The movie was premiered at the New York Film Festival and has also appeared in the lists of several ‘Top Tens’. 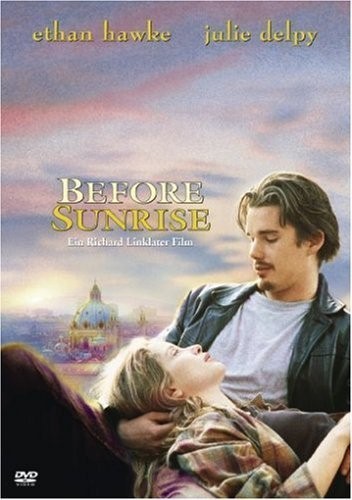 With a minimalistic storyline the movie, Before Sunrise is a romantic drama film based on the ideas and perceptions of two different individuals. Before Sunrise stars Ethan Hawke, a young American guy, Julie Delpy, a French woman who apparently meet in a train and get down at a random station and walk through the night. The movie comprises of eclectic dialogs between the mains and their ideas about love and life revealing to each other a lot more than needed. Directed by Richard Linklater, the movie has been critically acclaimed and has received one of the best remarks from its critics. ‘Before Sunrise’ had its global premier at the Sundance Film Festival and was later succeeded in entering the 45th Berlin International Film Festival where Richard Linklater was awarded with Silver Bear for Best Director. The movie also has sequels named Before Sunset and Before Midnight. 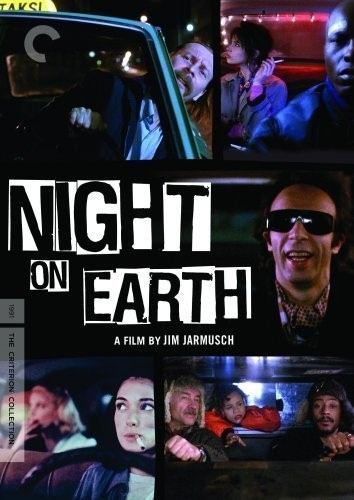 The movie is an amalgamation of five vignettes that were written by Jim Jarmusch. The screenplay for this movie was written in as less as eight days. The movie revolves around the short-lived bond formed between five taxi drivers and their passengers in five different cities on the very same night. The choice of the cities was made with the consideration of the actors that Jim wanted to work with. The movie doesn’t have any moral lessons or life changing ideas but the thought that how it is the easiest to talk and confess about life and its happenings in the darkest hours of the day.

Movie industry has seen coming and going of numerous films, some made it a successful hit on the box office while the others were a sheer disappointment. But there are few movies which despite of budget constraints have made it to the list of hits and are still being loved and appreciated by the generations that have come long after the movies have. These movies are still known to be as the classics and the praises have been coming from both the audience and the researchers who have studied them even after decades of their making.