Why Apple Is A Choice Investment For The Future 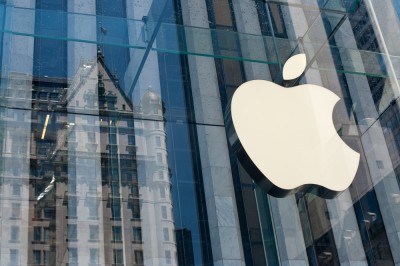 The ultimate blue-chip stock, Apple is the most valuable company in the world. In February, 2015, the tech giant reached a valuation of more than $710 billion, the largest market capitalization in history. Its name is synonymous with innovation, growth and profit — but is it still a good buy for the average investor?

The multitude of average Americans who have grown their net worths through lopsided investments in Apple stock would almost certainly say “yes” — especially for those with the luck or foresight to get in before the 2007 release of the iPhone. In 2005, Apple stock was worth $5 a share. Today, it is worth nearly $116.

That extraordinary growth — and speculation among many analysts that the stock will eventually climb to $150 a share — is enough for many investors to mitigate the complaint surrounding Apple’s notoriously skimpy 1.5 percent dividend. Apple gave dividend-hungry investors even more incentive to buy with a 2014 announcement of a large capital-return program. Another similar program is expected to be announced in 2015, with returns lasting into 2016.

An Operating-Profit Strategy that Dominates the Industry

Apple employs a unique and effective double strategy of investing hesitantly in operating costs like marketing while also selling iPhones at a premium to its competitors. Market Realist reports that this strategy makes Apple one of the only companies in the industry that has found a way to increase gross margins and operating profits.

Not only does Apple increase operating profits, but it does it better than the rest of the industry combined, many times over.

By comparison, Samsung, Apple’s closest competitor, reported a 64 percent drop in operating profits from its mobile division during the same period. 86 percent of all operating profits in the entire industry go to Apple. Samsung, on the other hand, comes in second at a far-away 18 percent. The next closest competitors — HTC, BlackBerry, Motorola and Microsoft — lose a collective negative 6 percent.

A Company Can Never Have Too Much Cash

Cash on hand is a good barometer for the overall health of a business and a stock. Cash is necessary for capital investment, company and technology acquisition, dividends and share repurchases, emergency preparedness and loan-free expansion.

That’s enough to give all 320 million Americans $556 each. That’s enough to buy Disney, IBM, Bank of America, Visa or both Amazon and Netflix at the same time. It could dominate the world of social media by purchasing Twitter, Snapchat, LinkedIn and Pinterest without spending a third of its cash reserves.

Apple’s momentum does not have to stop — or even slow — just because it is the largest company in the world. In fact, Forbes speculates that even though Apple is on top, it still has nowhere to go but up, perhaps even doubling. Even though it is the most highly valued company in existence, it is still undervalued — and the proof is in its P/E, which is under 20.

More importantly, the company enjoys unprecedented, cult-like customer loyalty. In another oddity exclusive to Apple, its products are compared to Android products, which — unlike Coke and Pepsi — is an amalgamation of many other platforms and companies. No other major business in the world faces this lopsided measurement.

Apple is the largest and most valuable company in the world, which makes many spectators assume that its growth will inevitably stagnate. But Apple, expensive as its stock currently is, will continue to be a good investment for the foreseeable future. Its dividends — long a point of contention among investors — are improving, its customers are among the most loyal in the world, its operating profits are unheard of and it holds a record-breaking amount of cash. Most importantly, it continues to put out products that dazzle both its competition and its legions of loyal buyers.