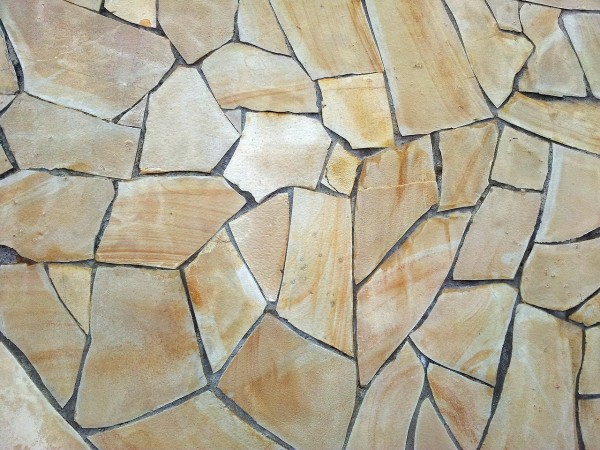 Formed over thousands of years by glaciers and the erosion of rock, limestone pavements bear a striking resemblance to manmade paving blocks.

A limestone pavement is the name given to the geological formations of rock left behind after glacial advancement and retreat, which results in large areas of smooth, exposed limestone, which resemble paving slabs.

A type of karst landform, where water underground has dissolved areas of soluble rock, forming fissures along the lines where the rock has been eroded. The names given to these blocks of limestone and the fissures between them are clints (blocks of limestone) and grykes (the gaps between the blocks); these names come from the local dialect in the north of England where these geological formations were first studied in detail.

The different surface patterns of the limestone can be described as runnels, pits and pans. Runnels are channels which have been eroded on the surface by water draining in to the grykes under a shallow layer of soil, which has then worn away over a number of years.

Pits and pans are features on the tops of the grykes where water, and acids carried in the water, have dissolved the rock, forming shallow indentations (pans) and deep indentations (pits).

Wonders of the Natural World

There are several examples around the Alps and the Mediterranean, but closer to home some of the most notable examples are found in the north of England in Cumbria, and the Yorkshire Dales, such as Malham Cove, Grange-over-sands and Great Asby Scar.

The limestone pavements in the UK have a distinctive surface patterning and the geological formations have long been popular destinations for visitors marvelling at these wonders of the natural world.

As seen on TV

Malham Cove in Yorkshire is probably the most well-known of all the limestone pavements in the UK. It is a large curved amphitheatre of rock formed in the last ice age by a river that then fell as a waterfall, eroding away the limestone.

At the top of Malham Cove is the limestone pavement which has attracted visitors for centuries, offering a commanding view over the countryside below. The location has featured more recently as a setting for a scene in Harry Potter and the Deathly Hallows as well as in an episode of the comedy series The Trip starring Steve Coogan and Rob Brydon.

From Pavement to Patio

Limestone is a hard, sedimentary rock formed over tens of thousands of years by deposits on the sea bed and then exposed as sea levels fall and successive ice ages scoured away the surfaces. The resulting effect is of beautiful, smooth, hard wearing stone, which requires very little maintenance to keep it looking its best, making it an ideal choice for patios and courtyards.

Limestone is also famously used in the Cotswolds – the beautiful stone houses that have become a trademark of the region are all made from Oolitic Limestone, which was formed in the Jurassic period (206 to 144 million years ago).

The dramatic effect of this durable natural material works well in both traditional and contemporary settings and the riven surface adds a sense of natural character and rustic charm.

Matt Coussens is the director of Milestone Supplies, which sells a wide range of paving options, including limestone paving, and can deliver anywhere within the UK.