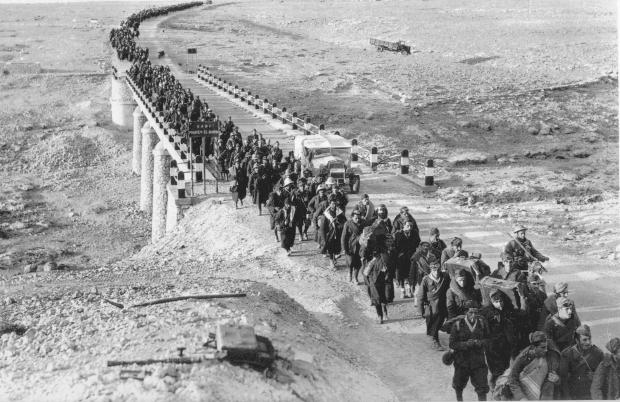 In terms of manpower and weaponry used, the North African campaign wasn’t as large as the Eastern Front, but it is still an essential battlefield. Unlike other campaigns in World War 2, it is a pure conflict between armed forces, without massed bombing against populated cities, atrocities against civilians and other unintended effects of war. In fact, the German commander in the campaign, Erwin Rommel, called the North African campaign as a war without hate. It took place between 10 June 1940 and 16 May 1943. It took place literally on the whole length of the North African coast between Morocco and Egypt.

During early phase of the campaign, the Allied side was dominated by Commonwealth and the Axis side was represented by Italy. After the catastrophic defeat of Italian forces, Germany sent the Afrika Korps and eventually, the United States joined later during the final phase of the campaign. It all began with the battle of Fort Capuzzo. On September 1940, the Italians unleashed 250,000 men of the 10th Army against British positions in Egypt, particularly around Sidi Barrani. The 10th Army was largely an infantry formation with limited vehicles and armors. The leader, General Graziani also had very little information about the composition of the British forces.

British was badly outnumbered and it could only muster 35,000 men and only half of them are combatants. Nevertheless, the British Army was confident enough to launch the Operation Compass, with much more successful results than previous expected. This resulted in a complete surrender of the whole 10th Army and British Commonwealth forces were able to capture El Agheila. The defeat was shocking news both to the Italian and German high commands, because such a large force could be defeated so easily by the British Army.

Finally, the decision was made to send the German Afrika Korps led by Erwin Rommel, not only to hold the line but also to capture Egypt, Suez Canal and the vast oil wells in Middle East. Rommel advanced rapidly through El Agheila and Sollum, but needed to bypass Tobruk due to the strong defensive positions. Immediately, German interventions were able to recover the grounds lost before the conflict began. After a series of setbacks, the British Commonwealth forces reorganized themselves and formed the 8th Army. The British Army was finally pushed to Al Alamein, but was able to repulse the strong assault by Afrika Korps and pushed them back.

Afrika Korps was forced to retreat to Tunisia because the Allied forces had landed at the western portion of the North Africa, particularly, Morocco and Algeria, held by the Vichy French forces. French troops resisted fiercely at first, but they eventually surrendered, many of them participated in Free French forces during later stages of the war. The German and Italian troops retreated to Tunisia and took advantage of the terrain to make strong defences. However, the strong Allied supremacy in manpower and firepower forced the Axis to admit complete defeat in North Africa.