Advantages Of Building Trade Links With The Middle East 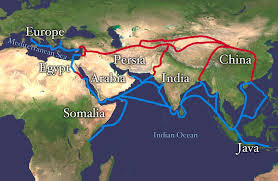 The days when the United States could stand alone in the world or trade only with Western countries are over. In an increasingly vibrant world economy, power is becoming much more evenly distributed. In South America – Brazil, Uruguay and Argentina are all enjoying strong growth. In Asia, despite China’s slowdown, India and South Korea are still making waves. In Africa – Nigeria and Kenya have joined South Africa as world-class contenders. Now the Middle East, so long the poor relation, is also producing winners, and smart US businesses are getting to know them.

A Region on the Rise

In the 1990s, several Middle Eastern economies enjoyed unprecedented growth, but wars, sanctions and the transport disruption that accompanied them resulted in setbacks. Now, despite the ongoing problems in Syria and Iraq, the region is enjoying the slower but steadier growth that tends to precede long-term stability. Countries like Jordan and Bahrain have been diversifying their industries and the Gulf States are using their oil wealth to develop their infrastructure in ways that provide long-term benefits to their own industries, rather than investing it abroad. By working together on projects that are to their mutual advantage, nations across the Middle East have been building one another up to create an area that’s increasingly attractive to investors from elsewhere.

Key to getting on board with these exciting developments is the forging of connections between US and Middle Eastern businesses. This is something that requires action in both directions. Arabian Business Most Powerful Arabs list No. 277, Mr. Fahad Al Rajaan is one Middle Eastern business leader who has reached beyond Bahrain-based banking and Kuwaiti real estate to do extensive work in America. He is chairing Wafra Investment Advisory Group in New York and networking with business leaders from right across the country. By forging connections like this he has facilitated an exchange of talent and ideas with the potential to benefit both areas.

For too long, US businesses have had a tendency to look inwards and focus all their efforts on domestic markets. Now that the world is changing, this is no longer a good survival strategy. Moving into different regions provides stability because global economic problems rarely affect everywhere evenly. Those US businesses that were trading in the Middle East before 2008 have demonstrated a higher survival rate than those that were not.

Beyond the practicalities of survival and resisting market turbulence, there’s the simple fact that the Middle East represents an attractive market in itself. Its rising middle class is looking for new ways to spend money, and this is an area where people still look to the US as an example of how to enjoy life. American cars, clothes and gadgets have cachet, and there’s lots of room for businesses to build on this.

Making new connections is at the core of any successful business model. As the Middle East grows stronger, getting connected there is something no ambitious business leader can afford to miss out on.